A day with a Pygmy Owl 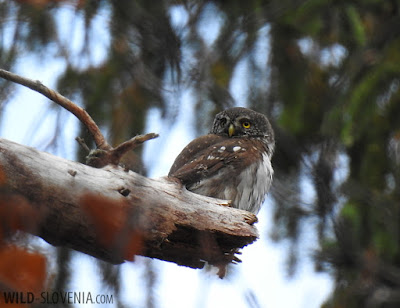 In many respects, autumn is like a second spring. Forests come to life and animals are again very active, after the long and calm summer. They seem to be more numerous and somehow more visible. Some days ago we headed to Trnovski gozd (Trnovo forest) in western Slovenia, where we enjoyed the spectacle of the orange autumn leaves and some interesting wildlife too. One of the most thrilling encounters, that one can hope for in autumn, is with Europe's smallest owl: the Pygmy Owl Glaucidium passerinum. A combination of experience and luck gave us the possibility to spend the day in the company of this interesting species. First I whistled its song, then after some minutes the bird began to call back, so we went looking for it. After a short walk and with quite a surprise, we found the bird sitting in the canopy of a beech tree Fagus sylvatica. It remained there for a long time, not really bothering our presence, so we decided to have lunch under its tree. The bird then changed perches several times, behaving spontaneously, so we could still follow its movements, also because it was clearly indifferent with our presence and allowed a close approach. 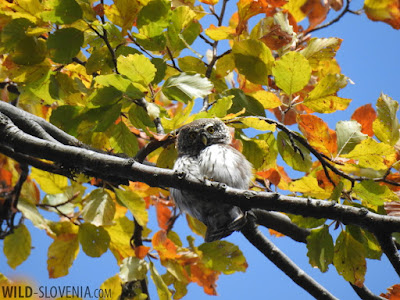 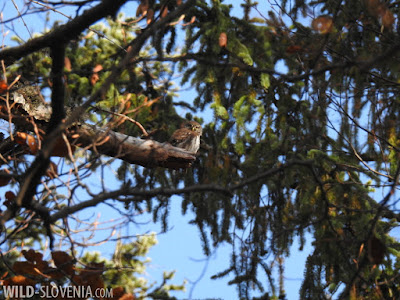 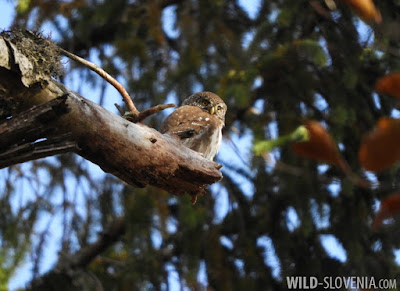 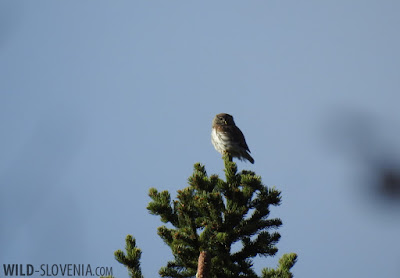 Pygmy Owl is a rare mountain owl of conifer and mixed forests, found predominantly in the Alps, but also in the Dinaric mountains. In Trnovski gozd we know a few territories, but finding this species is never easy, so a certain amount of luck is required too. The most typical encounters are those in the last picture, when the bird perches on the top of high conifers and sings. That's how we saw it for the last time, when in the mid afternoon it began singing spontaneously once again, marking its territory. 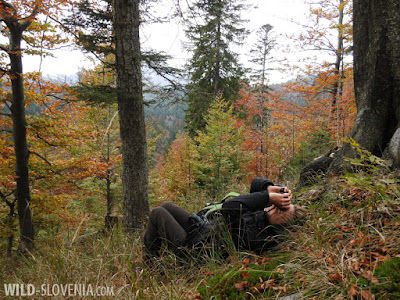 At first, the Pygmy Owl was perched very high up in a beech canopy and the best views were had from right under the tree. 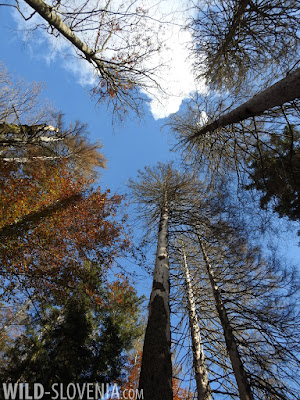 The surrounding forest looked excellent for a variety of interesting birds, due to its large amount of dead conifer and beech wood. While we were following the owl, we also heard a Three-toed Woodpecker Picoides tridactylus nearby. The area is most probably a breeding site for both species as we already had them here a couple of times. 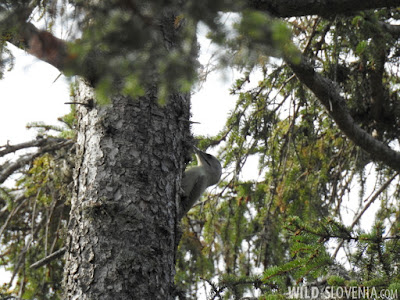 This Grey-headed Woodpecker Picus canus also came to investigate us, while we were busy with the Pygmy Owl. One or two Black Woodpeckers Dryocopus martius were calling not so far away. A truly excellent piece of forest! 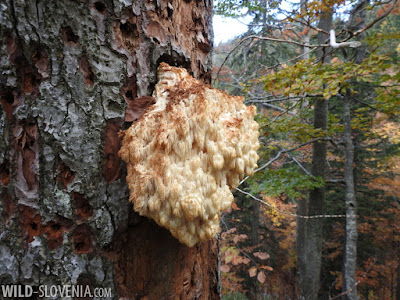 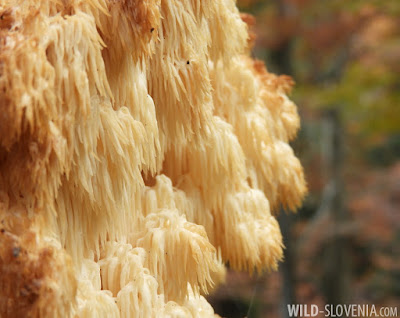 Another very interesting find was that of the rare Hericium alpestre (syn. H. flagellum), a saprotrophic fungus, growing in old-growth forests on old silver firs Abies alba (more rarely also on other conifers). There are several species in the genus Hericium and all are known for their medicinal and culinary uses. But we, of course, like to see them on dead trees in their natural habitat! 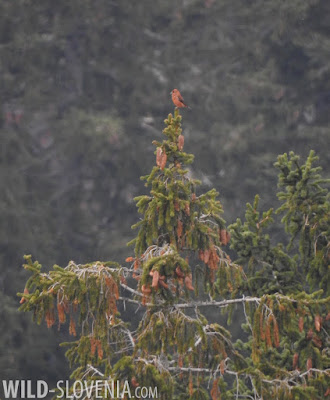 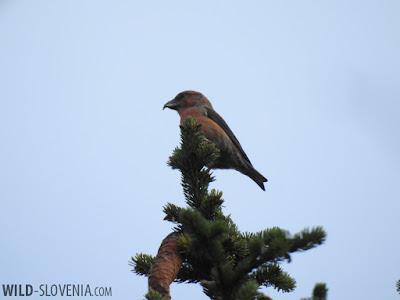 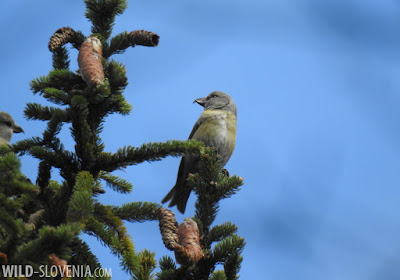 The commonest bird in mountain forests at this time of year is probably the Crossbill Loxia curvirostra. Noisy flocks of this species fly around the tops of conifers and frequently perch on them. With their characteristic "crossed" bills (visible in the pics) they can easily extract spruce seeds from the cones. Male in the first two pics, female in the last. 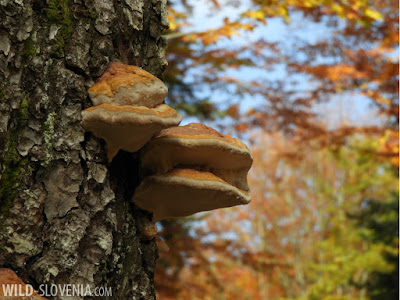 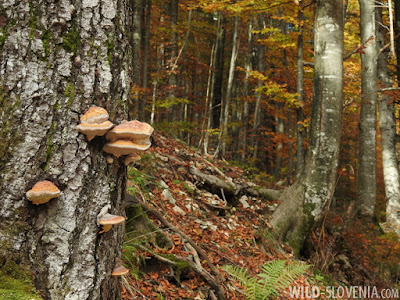 Another beautiful, but common fungus in mountain forests is Fomitopsis pinicola, found on the bark of old conifers. Very occasionally it can also grow on deciduous trees. It is perhaps one of the prettiest fungi adorning our forests. 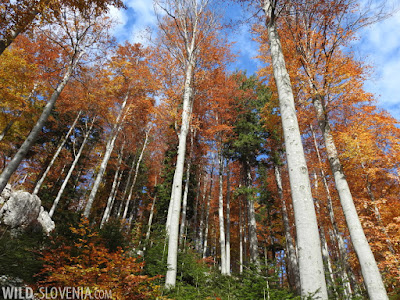 For the end some more beautiful colours of a mixed forest of beech and silver fir (Abieti-Fagetum) in Trnovski gozd. A spectacle worth seeing and enjoying before the leaves are shed.