Yesterday another dose of alpine experiences, both botanical (prevailing) and birding. This time was the turn of Mangrtsko sedlo, a high-altitude plateau at the feet of mount Mangrt (2679 m), the 4th highest peak in the Julian Alps. The plateau ranges from approximately 1900 to 2072 metres. The Mangrt mountain range is set in north-western Slovenia, extending into Italy as well (its northern part).
On the bird front the scene was dominated by common alpine breeding species like Water Pipit Anthus spinoletta, Black Redstart Phoenicurus ochruros and Wheatear Oenanthe oenanthe - all seen in family parties. A check of the cliffs looking down on the Italian side, revealed a dreamed-for, but unexpected WALLCREEPER Tichodroma muraria. It was a female, showing well in the cliff face for some minutes. It is always very pleasing to see the species on its breeding grounds in the Alps - here the potential good habitats are literally everywhere, as opposed to the restricted (and well known) wintering sites they use on the Karst.
More alpine atmosphere was created by a noisy flock of 40 Alpine Choughs Pyrrhocorax graculus soaring overhead, a couple of Alpine Accentors Prunella collaris and some Alpine Marmots Marmota marmota. 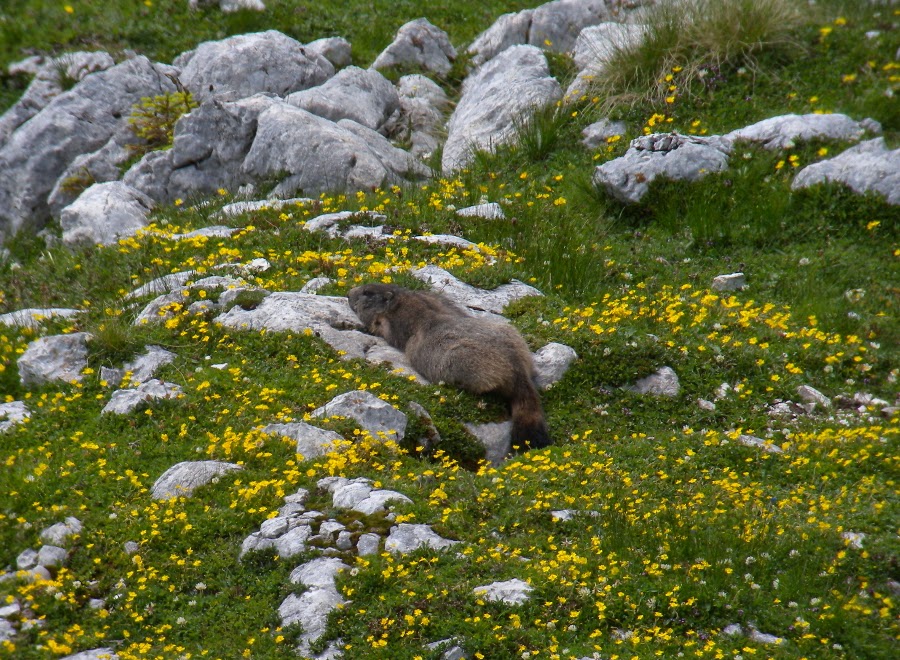 For the Mangrt speciality, Rock Ptarmigan, it was too late in the day and the area too disturbed by people walking around. No luck with the Snowfinches either, which were usually breeding in the area, but in the last few years seem disappeared.
A fly-by Alpine Swift Apus melba, House Martins Delichon urbicum, Ravens Corvus corax, a Hobby Falco subbuteo and a Kestrel Falco tinnunculus were dominating the sky-scene, along with the already mentioned Choughs.
Down at the upper edge of the forest, Crossbills Loxia curvirostra, Siskins Carduelis spinus, Crested Tits Lophophanes cristatus and Goldcrests Regulus regulus were common. A Rock Bunting Emberiza cia was also heard.
Speaking botanically, the plateau was full of the common alpine flowers I have already seen on Kanin and Breginjski Stol, but with the addition of many extra species. A (long-ish) selection of the best shots follows below.

And some panoramic views - breathtaking!

The perfect way to round up the trip was a stop on the emerald river Soča in the Trenta valley, where a Dipper Cinclus cinclus said farewell. 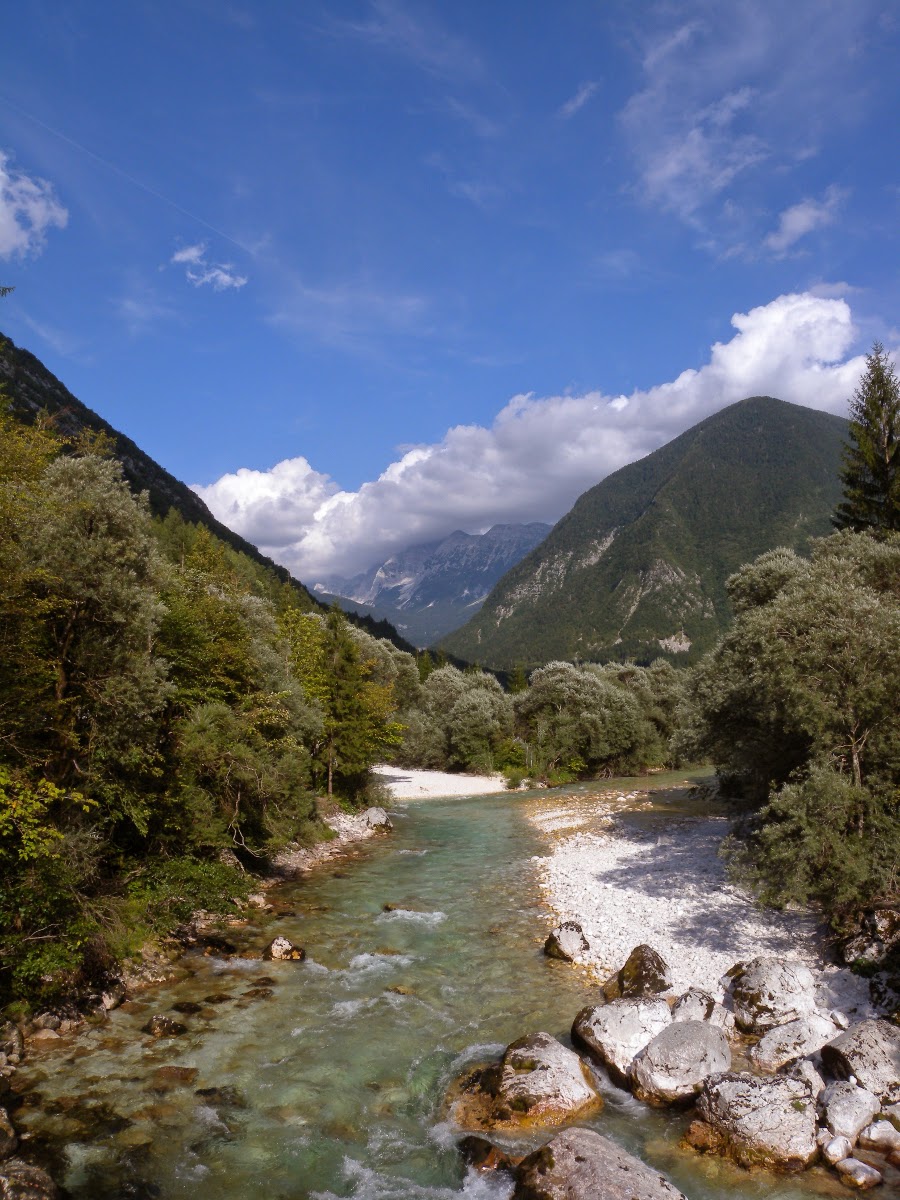