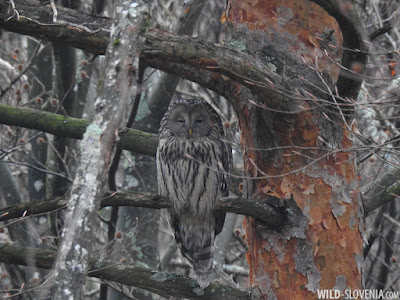 Due to a considerable amount of indoor desk work and the current restrictions, lately we've been mostly confined to our home area in the Karst around Sežana. We only made short walks in the woods and meadows close to home, which wasn't that bad actually, given the fact that with the increasingly wintry weather, wildlife is thin on the ground and can be enjoyed conveniently in small, daily "pills". One such super-concentrated pill was a couple of hours spent in the oak-beech woodlands where we payed a visit to our local pair of Ural Owls Strix uralensis. We spotted the two birds resting together on a Scots Pine Pinus sylvestris at a usual site, where we see this pair on a regular basis. The owls apparently know us well (we've been following them for several years) and never seem too bothered by our presence. This time they were taking a nap on the pine and seemed super relaxed, something that is obvious in the video below. Note at min 1:20 the two birds sitting together on the same branch. 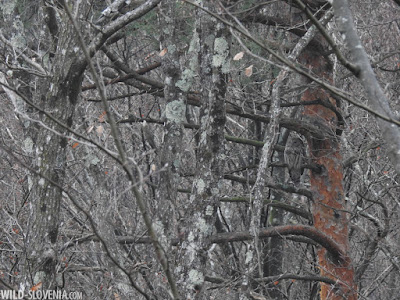 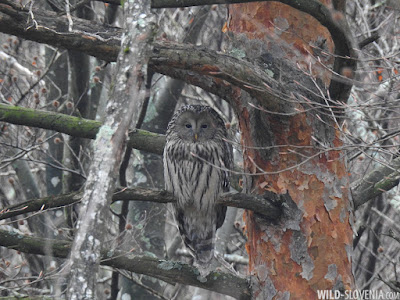 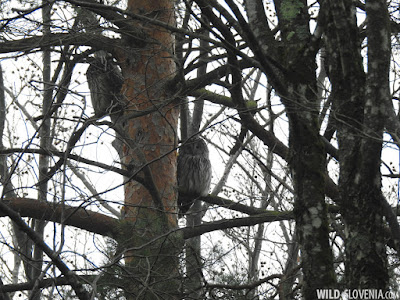 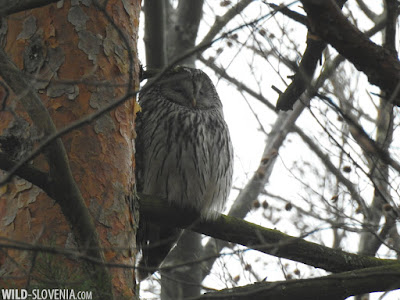 While sitting quietly, watching the owls a group of +10 female Red Deer Cervus elaphus trotted by, followed later by two handsome males with nice antlers. Red Deer is a widespread species across Slovenia, but was absent from the Karst until only a few decades. Nowadays it is well established and especially common in larger stretches of oak forests on the eastern edge of the Karst. Nevertheless, for us it still remains an amazing sight in this part of Slovenia. Among birds there were all the common woodpeckers of this area, including Middle Spotted Dendrocopos medius and Black Woodpecker Dryocopus martius. Numerous Redwings Turdus iliacus were feeding on the ground in the company of tens of Blackbirds Turdus merula, while the trees were very lively with common forest birds of all sorts. A Fire Salamander Salamandra salamandra crawling in the leaf litter was also nice to see so late in the season. Out in the open, on the meadows a Great Grey Shrike Lanius excubitor (a winter guest to Slovenia) was showing nicely on a bush. 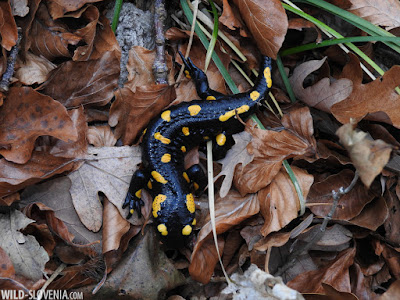 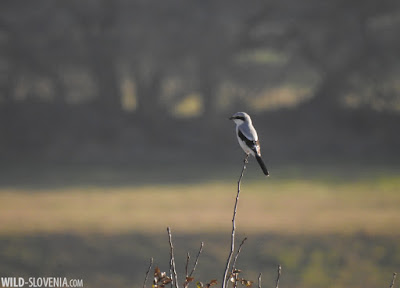 At last we also got some more Cranes Grus grus migrating through the Karst. We saw two larger flocks (130 and 265) passing right above our house on the 21st of November, although the passage seemed rather weak overall. The beginning of December might still bring some more flocks. 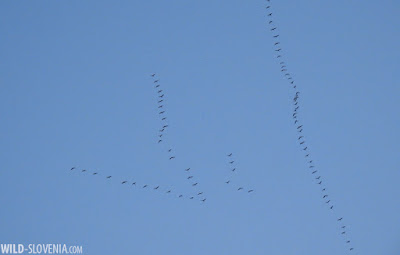 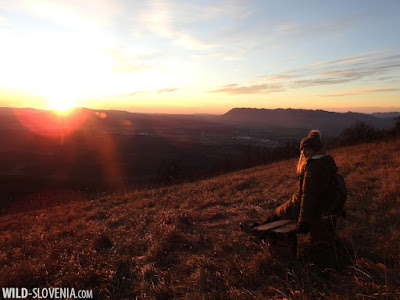