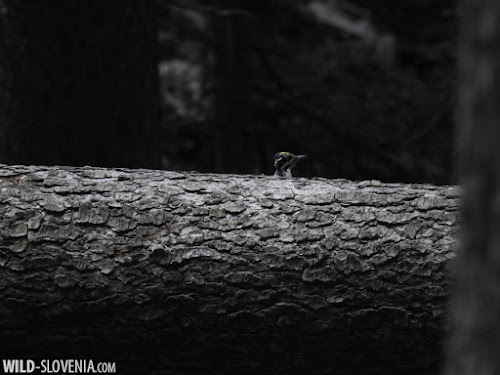 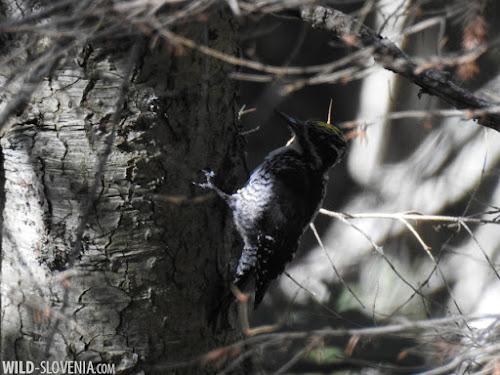 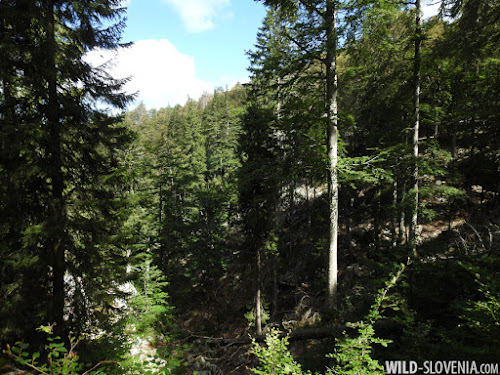 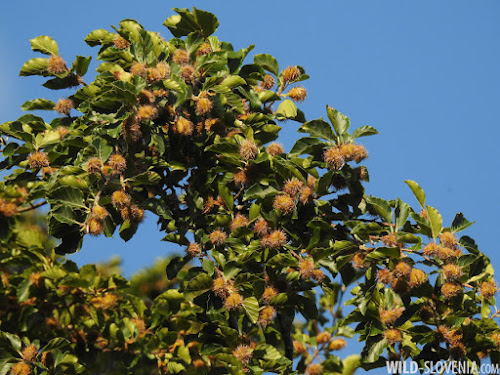 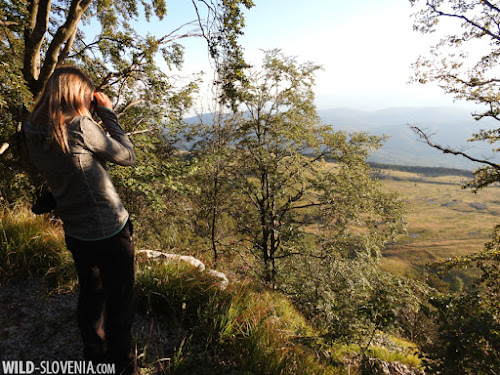 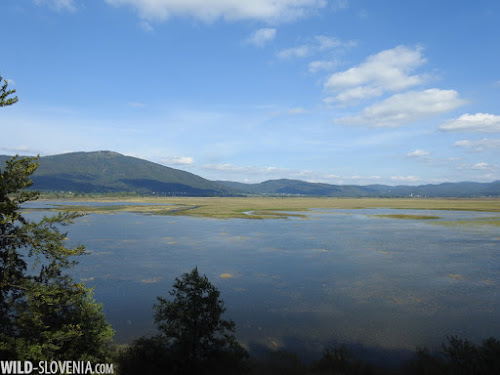 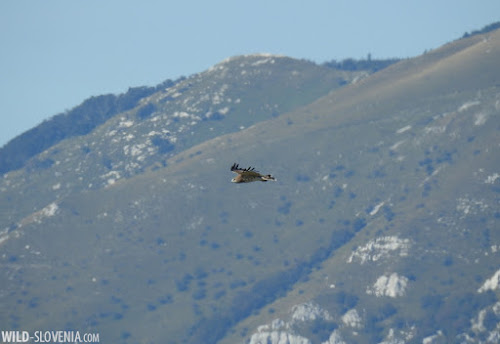 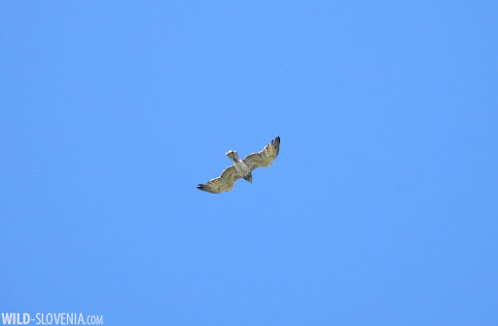 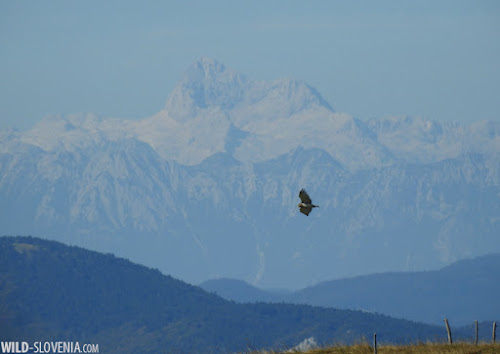 As summer fades into autumn we find ourselves more often in the forest, wandering the expanses of the Notranjska region on a regular basis. In a forest reserve on mount Snežnik we came across two pairs of Ural Owls Strix uralensis, of which only one male gave short but excellent views. In an old conifer stand we managed to track down a pair of stunning Three-toed Woodpeckers Picoides tridactylus, feeding together on the same trees. On two separate visits to the Snežnik-Javorniki forest complex we were very lucky with sightings of Brown Bear Ursus arctos: once we spotted a male yearling from a forest road in the late afternoon, while the second time we "flushed" two mid-sized individuals from a road in the evening. Both encounters were too brief to take any photos. The rutting season of Red Deer Cervus elaphus has just began and stags' calls echoe across the forests. Waiting darkness at a forest glade we also spotted a herd of hungry Wild Boars Sus scrofa. An afternoon visit to lake Cerknica in the company of Paul produced several waterbirds including Black Stork Ciconia nigra, Garganey Anas querquedula, Wood Sandpiper Tringa glareola, Greenshank Tringa nebularia, Snipe Gallinago gallinago, Water Rail Rallus aquaticus, while other migrants included Bee-eaters Merops apiaster, Marsh Harrier Circus aeruginosus, Whinchat Saxicola rubetra and Red-backed Shrike Lanius collurio. An afternoon walk to the dry upland grasslands of mount Vremščica (near Divača) produced a hunting Short-toed Eagle Circaetus gallicus as well as a good migratory passage of Marsh Harriers Circus aeruginosus. Latest sightings from the Karst around Sežana include a singing Eagle Owl Bubo bubo heard from our house, Hobby Falco subbuteo on migration and an odd flock of Crag Martins Ptyonoprogne rupestris circling over the garden on a daily basis. Tree Pipits Anthus trivialis now seem to be everywhere. Sara also had a migrant Hoopoe Upupa epops at Strunjan recently - probably the last for the season.