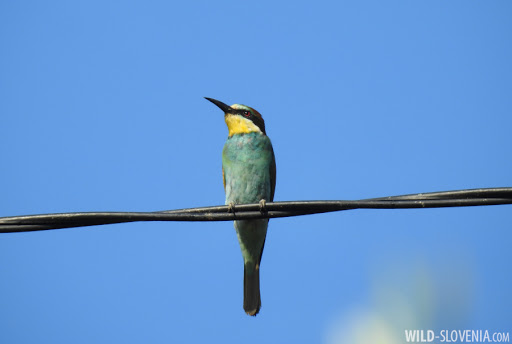 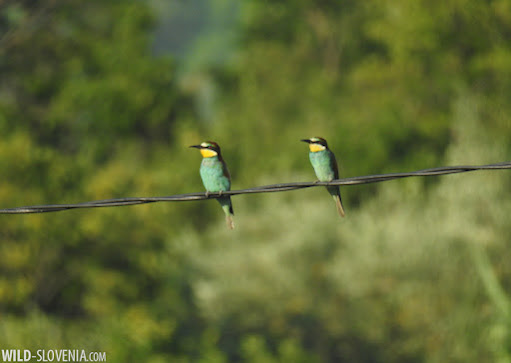 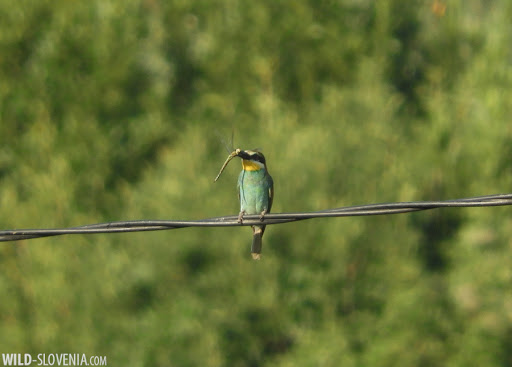 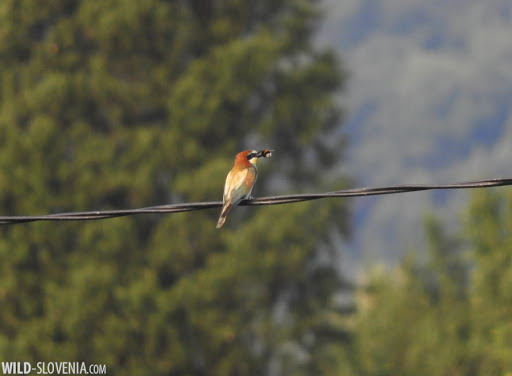 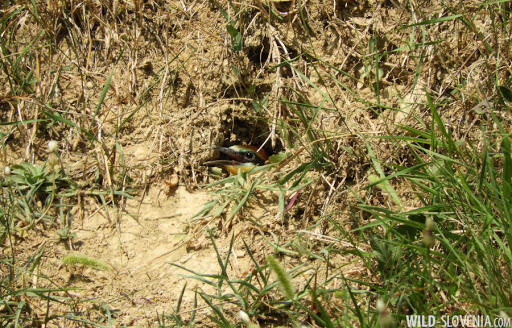 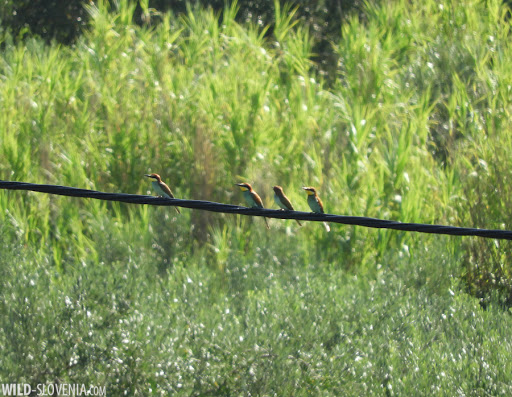 This summer Sara has been following a pair of Bee-eaters Merops apiaster at Landscape Park Strunjan, on the short stretch of Slovenian coast, near Piran. At first the pair established itself at a roadside sandy bank, but the nesting attempt apparently failed. However several Bee-eaters were still regularly observed in the area throughout summer. During the past two weeks Sara discovered a new nesting site, not far from the first one. On the new site, located in an olive grove, there were actually two active nests, dug in the sandy walls of the terraces. Four adults could be regularly observed hunting from tall trees and wires, while the juvenile Bee-eaters were already peeking out from their nest holes. Last week all the juveniles fledged and abandoned the nest - at least six were observed out of the nest (last pic above), thus confirming a successful breeding. The owners of the olive grove stated they've been noticing the Bee-eaters since at least two or three years, so the species' breeding at Strunjan was probably overlooked in the past. This colourful Mediterranean species has long been breeding only at a couple of sand pits in eastern Slovenia. In recent years its breeding distribution widened and nowadays it can be found locally at several sites of central, southern and eastern Slovenia. On the coast small colonies are known from the Sečovlje salina area, while the two pairs at Strunjan represent a new site. In continental Slovenia the species mainly uses man-made habitats such as sand or gravel pits, where large colonies of up to 50 pairs are present. Nesting in natural sandy banks is rarer. The flysch (sand stone) typical of the Slovenian coast is quite suitable for this purpose and it is possible that more nesting sites will be established in this area in the future. The Bee-eaters have now finally left their breeding areas and many are already heading south towards their wintering quarters in tropical Africa.
Posted by Domen & Sara at 08:02