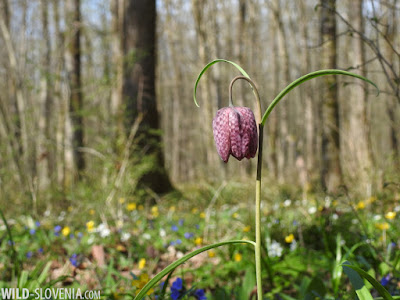 Last weekend we were in the beautiful Krakovo forest (Krakovski gozd) after several years from our last visit. For us this is a magical place as it represents the only semi-natural lowland riparian forest left in Slovenia; therefore we like to call it "Little Białowieża". We usually visit it once every couple of years and the area never disappoints us; this time was no exception! Apart from discovering what looks like the first leucistic Ural Owl for science, we also enjoyed in the other typical wildlife of the forest, especially plants. Krakovski gozd is the last largest remnant of lowland alluvial forest in Slovenia and is thus extremely important for the conservation of some nationally rare plant and animal species. Speaking about birds there are two species that in Krakovski gozd reach very high population densities: Middle Spotted Woodpecker Dendrocopos medius and Collared Flycatcher Ficedula albicollis. Among others there are also breeding White-tailed Eagle Haliaeetus albicilla, Black Stork Ciconia nigra and Ural Owl Strix uralensis. Due to vast flooded forest areas this is also a paradise for amphibians, including large populations of the endangered Moor Frog Rana arvalis. The predominant forest types include two lowland oak-hornbeam associations (Pseudostellario-Quercetum and Pseudostellario-Carpinetum)  and alder riparian forest (Carici brisoides-Alnetum glutinosae). The most interesting part of Krakovski gozd is the primeval forest reserve - a small (40,5 ha) area of almost-natural forest, excluded from forestry activities in 1952 and left to its natural development. Due to the large amounts of dead timber this is a paradise for woodpeckers and secondary cavity-nesters. 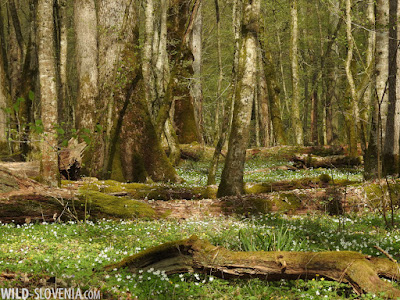 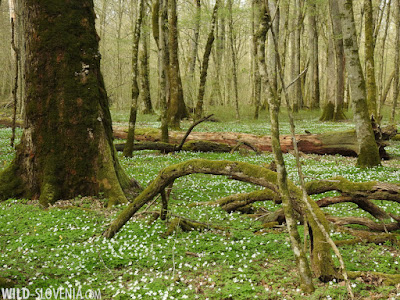 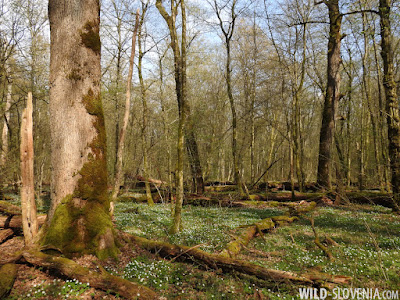 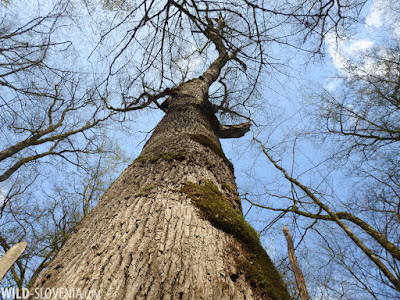 Despite the fact that some of the summer migrants (like Collared Flycatcher) haven't returned yet to Krakovski gozd, the place is still worth a visit at this time of year. The vernal flora of the woodland floor is amazing and among the many common species there are several botanical delights to enjoy. The absolute highlight among plants is certainly the rare Snake's-head Fritillary Fritillaria meleagris, an endangered species of wet meadows and flooded forests. Krakovski gozd represents one of the few sites where this plant can still be found in Slovenia. However there are other botanical rarities of lowland forest and wet meadows such as Bog Violet Viola uliginosa, Dacian Lungwort Pulmonaria dacica and Belgian Gagea Gagea spathacea to name just a few we saw. 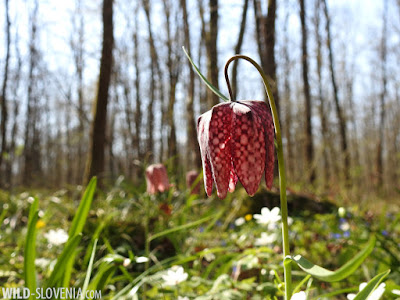 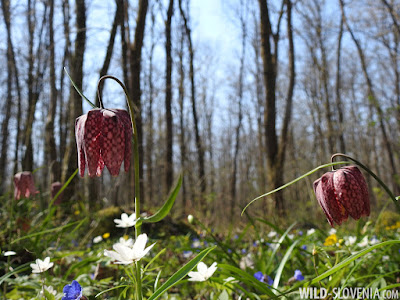 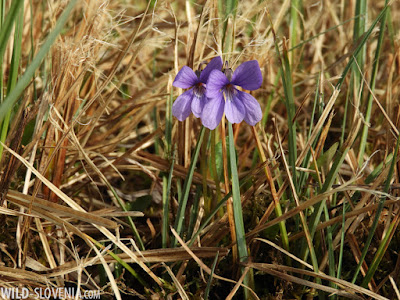 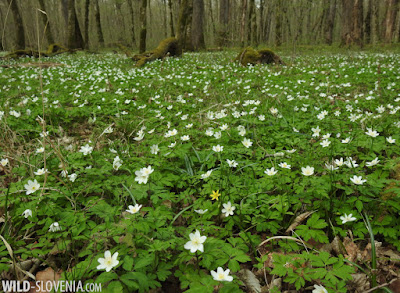 Early spring is also ideal for woodpeckers as most species are highly territorial when the trees are still leaf-less. During our visit we counted no less than 15 different Middle Spotted Woodpeckers Dendrocopos medius, especially at the edges of the primeval forest, where the oaks are very old and really huge. It was nice to hear their distinctive song - a "mewing" they produce only in spring and one they use instead of drumming (which is almost unknown in this species). Among other birds we also had Black Dryocopus martius, Grey-headed Picus canus & Lesser Spotted Woodpecker Dendrocopos minor, Goshawk Accipiter gentilis, Tawny Owl Strix aluco, Short-toed Certhia brachydactyla & Treecreeper Certhia familiaris and other commoner species. There were also several butterflies around, among which the commonest in the forest were Orange-tips Anthocharis chardamines frequently seen feeding on their larval food plants (Cuckooflower Cardamine pratensis and Trifoliate Bittercress Cardamine trifolia). 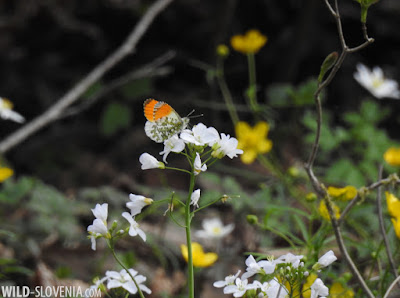 More about lowland riparian forests in Slovenia here.
Posted by Domen & Sara at 08:16