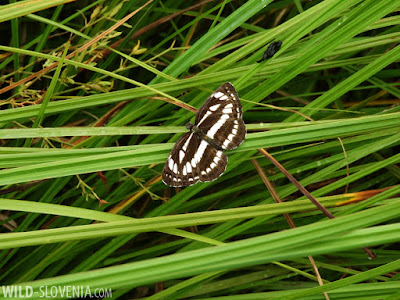 Last week I (Sara) took part on a 6-day long camp for biology students (Biocamp), organised by the Association of Conservation Biologists from Koper. This year the camp took place in the Vipava valley and in the village of Čepovan near the Trnovo forest. This time I was given the leadership of the study group for butterflies. The wider area of the Vipava valley is known as one of the richest regions for butterflies in Slovenia. Our group visited different environments such as lowland wet meadows, dry meadows at the edge of the Trnovo plateau and various forest environments. In 6 days we visited 14 different locations and found 56 different species of butterflies. Below you'll find photos and descriptions of some of the most interesting species we found during the camp, as well as some pics that Domen took during two trips in the wider area of the Vipava valley, during the same week.

Wet meadows of Vipava valley
There are very few natural wet meadows left in the Vipava valley. These habitats were largely destroyed, dried up and converted into arable fields. The only two wet areas left in the valley are set in the vicinity of the village of Ajševica and in Mlake military area near Vipava. The latter was even recognised as a hotspot of butterfly diversity in Slovenia (see article). 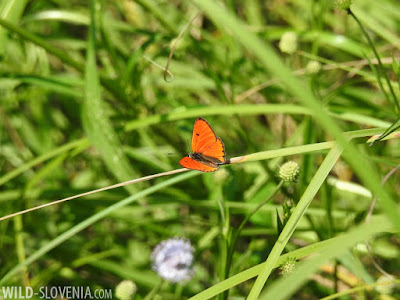 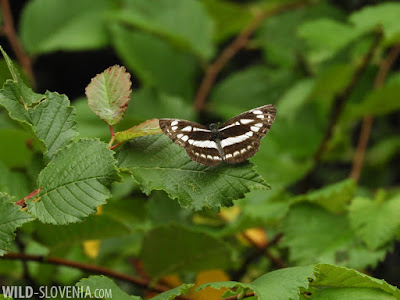 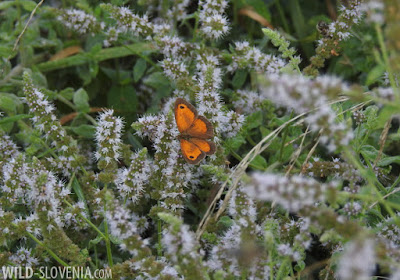 Dry meadows of Trnovo forest's edge
The dry karstic meadows we visited are located at an elevation of about 1000 m a.s.l., on the edge of the Trnovo forest, rising above the Vipava valley. The area hosts a very rich flora, as well as a very high invertebrate diversity. Along the karstic ridge lies the boundary of different biogeographical regions where elements (species) from Continental, Mediterranean and even Alpine regions can be found. Up to 123 species of butterflies have been recorded in a 5x5 km square during previous censuses by keen Lepidopterologists.
During our trips we could enjoy some of the typical species of mountain dry grasslands. 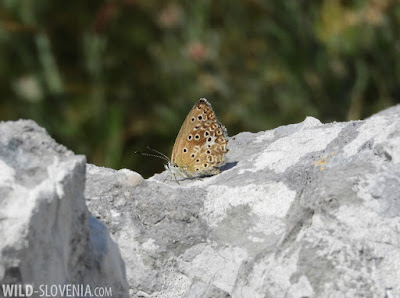 Forest environments
Even if the forest environment is usually less productive in the terms of butterfly diversity, we still managed to encounter some interesting species. In the mountain forests of Trnovski gozd the highlights were a magnificent (and very cooperative) Purple Emperor Apatura iris and a White Admiral Limenitis camilla. Several ringlets were also found, including the localised Styrian Ringlet Erebia stirius, Arran Brown Erebia ligea and Scotch Argus Erebia aethiops. A common woodland species was Woodland Grayling Hipparchia fagi.


Earlier this week, even after the end of the summer camp, we were again in the field looking for butterflies. While passing through Ljubljana we made a short session in the wet meadows of Ljubljansko barje, where we found some interesting species including Map Butterfly Araschnia levana, several Large Coppers Lycaena dispar, as well as an interesting longhorn beetle: the Musk Beetle Aromia moschata. However we were unsuccessful in our quest to find the localised Small Pearl-bordered Fritillary Clossiana selene, which at Ljubljansko barje has an isolated population. Next time lucky... 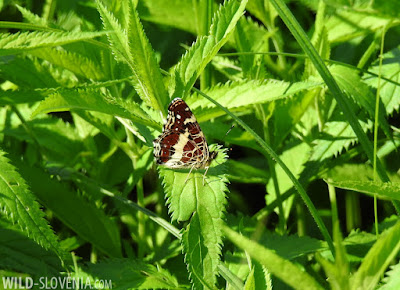 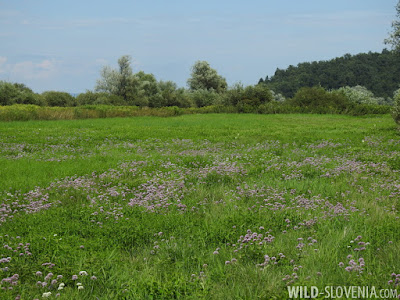 Meanwhile in the Karst close to home the Amethyst Eryngo Eryngium amethystinum is in bloom all over the limestone grasslands and is attracting good numbers of butterflies, like the typical late-summer False Grayling Arethusana arethusa. 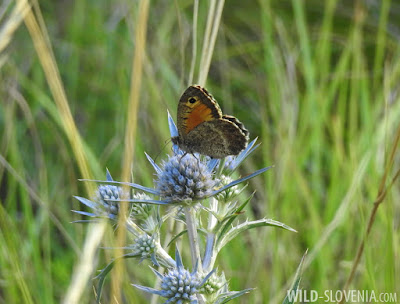