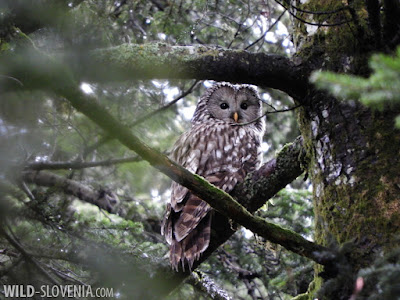 At the beginning of the week we payed a visit to lake Cerknica and its surroundings, after several months from our last trip there. The area seldom disappoints and winter is no exception. The lake, swelled by the recent rainfalls, was full of water and thus the waterbirds were thinly spread throughout the surface. We didn't see the hoped-for Smews Mergellus albellus (which regularly winter in small numbers on the lake), but the wildfowl assemblage was good nevertheless and included Goldeneye Bucephala clangula, Pintail Anas acuta, Shelduck Tadorna tadorna as well as about 20 White-fronted Geese Anser albifrons. Due to snow-free roads in the Javorniki mountains, we were able to make a short incursion into the Dinaric forests and were rewarded by a Ural Owl Strix uralensis, which showed shortly, but rather well. Birds in the forest are quite vocal now and they don't seem to care about the cold and cloudy weather of Notranjska anymore. On the forest floor the first early-spring flowers were beginning to emerge, as well as an interesting fungus. 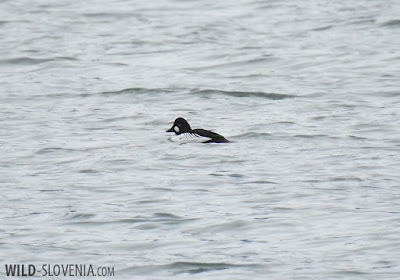 Goldeneye Bucephala clangula (male) - part of a flock of 25 displaying on the lake. 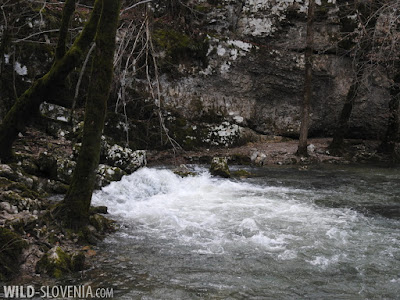