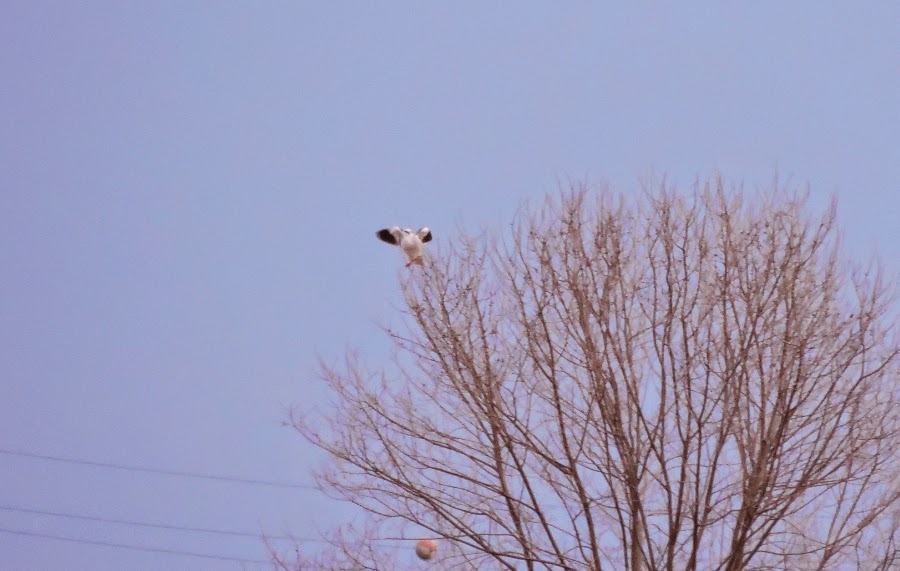 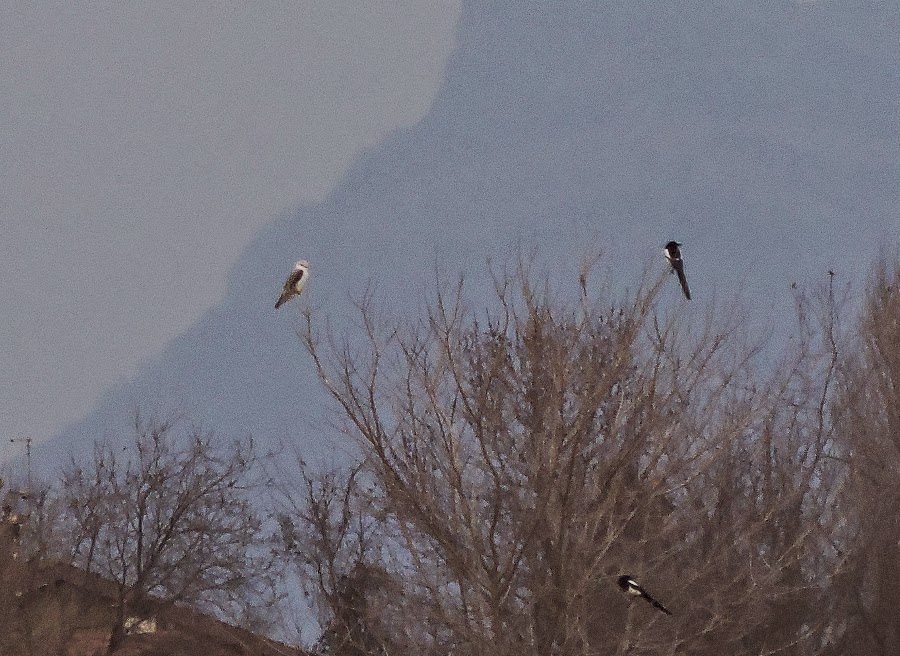 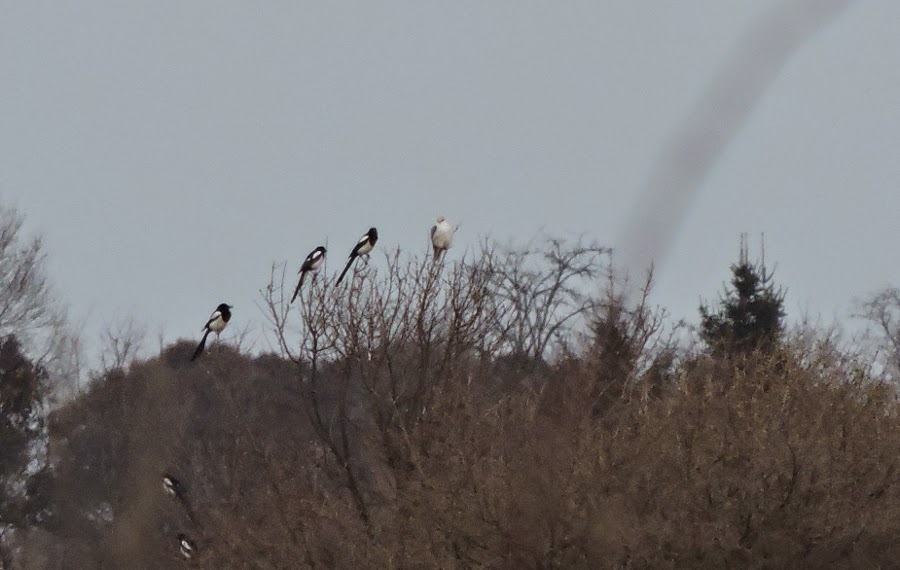 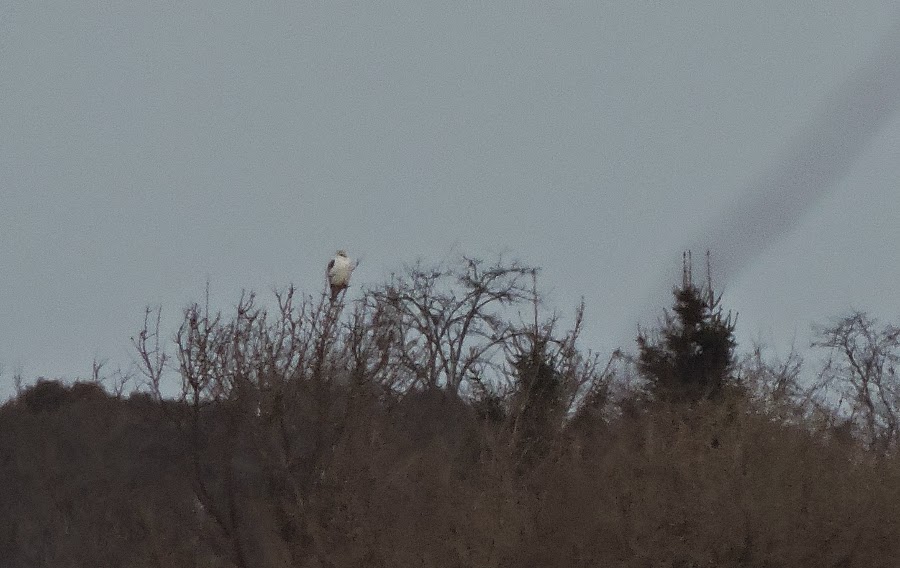 On Monday me and a couple of friends went to see a BLACK-WINGED KITE Elanus caeruleus that was found near Pordenone (north-east Italy) the day before. The bird was not so cooperative and was quite flighty - we couldn't approach it under 400-500 metres. But nevertheless scopes proved to be the best solutions and we thus had great views of the bird for most of the afternoon. As the area where it was staying were open grassy fields with scattered trees, it wasn't difficult to locate, even if it moved. Most of the time it kept sitting on perches and started to hunt in the late afternoon. A really odd-looking bird in flight from a European point of view. Not certainly a type of jizz we are used to see here!
Black-winged Kite is predominantly an African and Asian species, with part of the African population stretching also to SW Europe. Birds that are found outside this areas are considered big rarities and there are probably less than 10 records of the species in Italy. In fact, this was the first record of Black-winged Kite for the Friuli Venezia Giulia region. In Slovenia it hasn't been recorded yet.

Worth reporting is also this flock of 53 COMMON CRANES Grus grus in the Sečovlje saltpans (salinas), on the Slovene coast, yesterday in the late afternoon. The flock appeared in the sky, then landed in the salinas and rested there for some time, before taking off again and heading over the Dragonja river into nearby Croatia. A nice spectacle, as these are my first Cranes in a while. 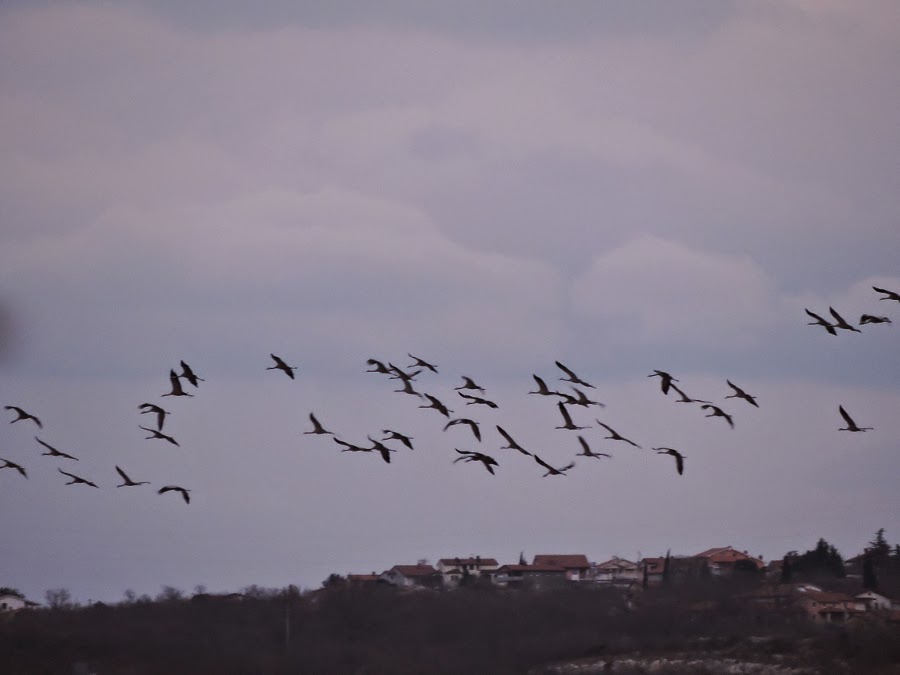