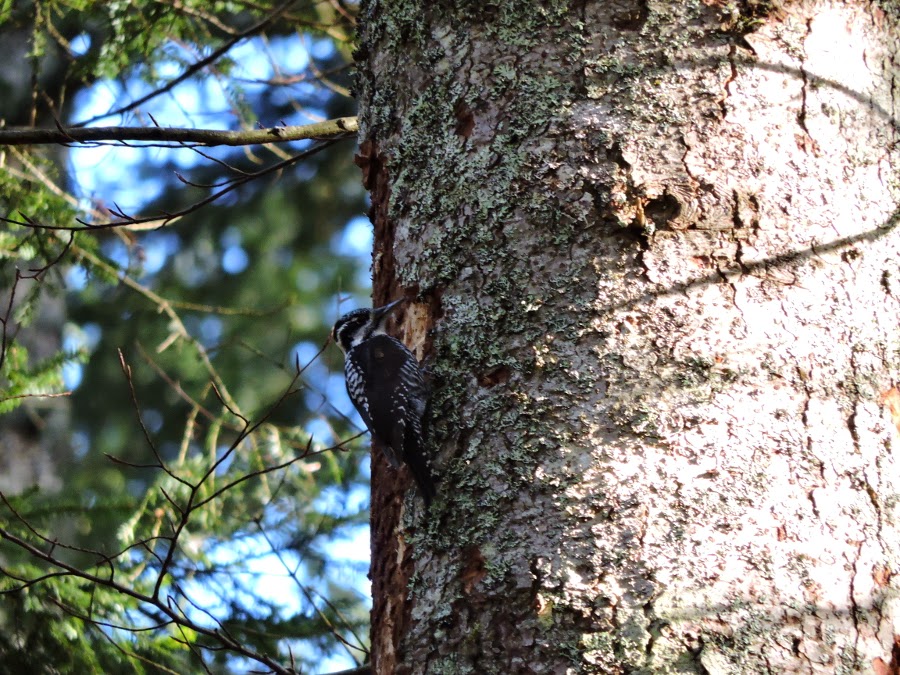 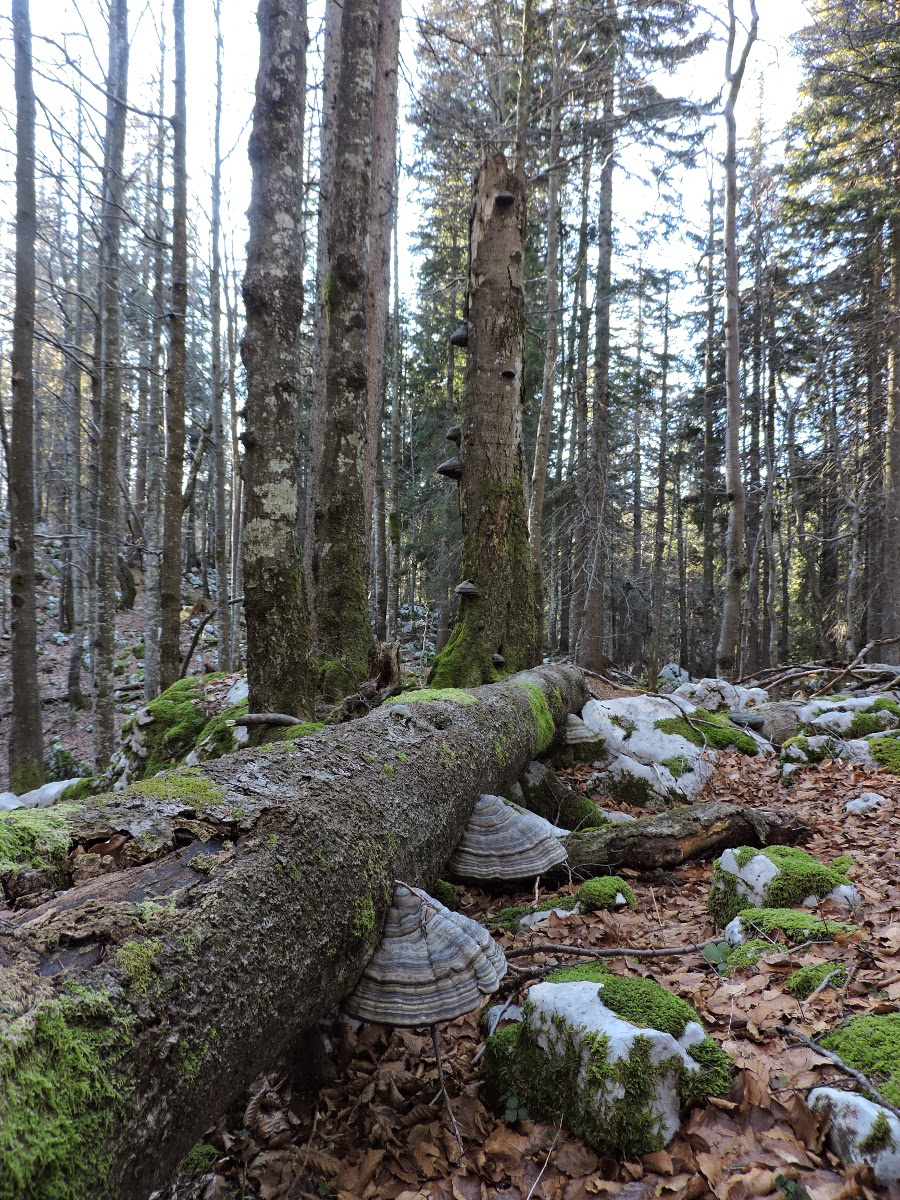 Spent this sunny Sunday with a friend, walking around some areas of the Snežnik forests I've never been to. We've actually "discovered" some amazing parts of the plateau with virgin forests on steep karstic terrain with a lot of decaying beech and Norway spruce trees. A paradise for White-backed Woodpecker - we found some old nests and feeding holes that almost certainly belong to the species. This part of the forest is also one of the coolest places I've ever been to in Slovenia. So I'll need to revisit in spring.
Otherwise we also had close views of a female THREE-TOED WOODPECKER Picoides tridactylus (see above). An Alpine Chamois Rupicapra rupicapra was also of note and we were a bit surprised to find some plants already sprouting the flowers: Helleborus niger, Daphne mezereum and Cardamine enneaphyllos. There was hardly any snow on the ground, which is quite odd for the season.
A Great Grey Shrike Lanius excubitor was seen from the road on the plains around Cerknica.

Two days ago I brought a friend to see the local EAGLE OWL Bubo bubo on the outskirts of Trieste and after the sunset we were rewarded with a singing male flying around the Karstic edge and perching on the most exposed bushes.