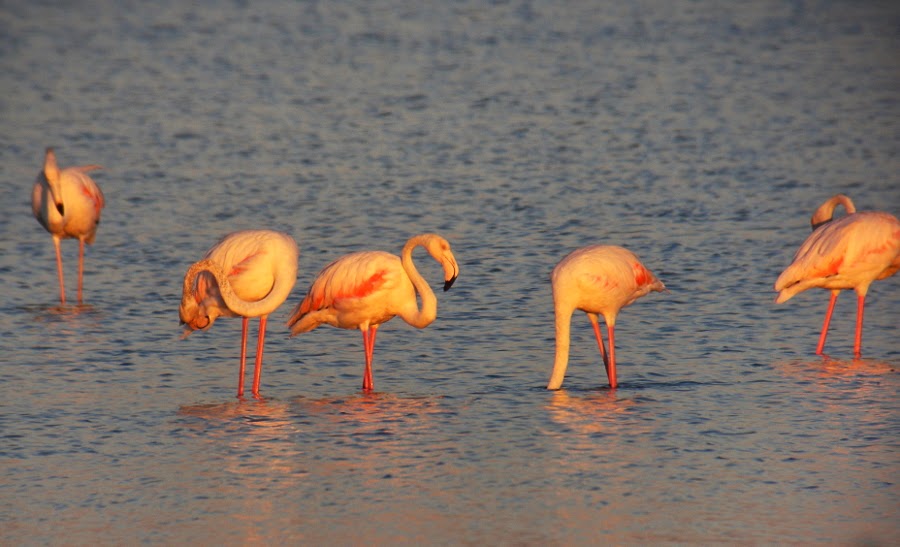 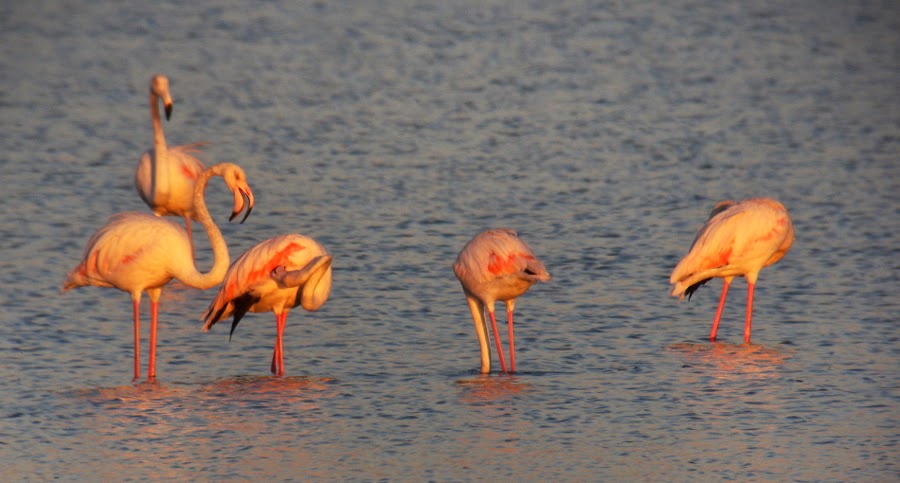 Yesterday, after several months, I was back at Isola della Cona and Valle Cavanata for an afternoon trip. A large flock of more than 200 FLAMINGOS at Valle Cavanata was a great sight to enjoy in the evening light. I've never seen them so close and in such a good light. They were quite vocal too.
Overall quite a lot of birds around in the wetlands, including lots of waders at Isola della Cona: Wood and Green Sandpipers, Common and Spotted Redshanks, Marsh Sandpiper (1), Greenshank, Black-tailed Godwit, Avocet (2), Ruff, Lapwing ect. Among the others, also cool to see were Little Bittern (1), Squacco Heron (2), Spoonbill (1) and a Hobby dashing through the freshwater marsh. Also quite a lot of movement on the Bee-eater bank, with more than 20 birds around and an occasional Kingfisher also sitting nearby.
Valle Cavanata also held a few Purple Herons, a Marsh Harrier and nesting Common Terns on the artificial rafts.
An evening owling session in the nearby areas of farmland produced a BARN OWL by the roadside, 2-3 calling Little Owls (including 1 perched on a wire) and a LONG-EARED OWL perched on a road sign.
All in all a pleasant afternoon.
Posted by Domen & Sara at 02:40