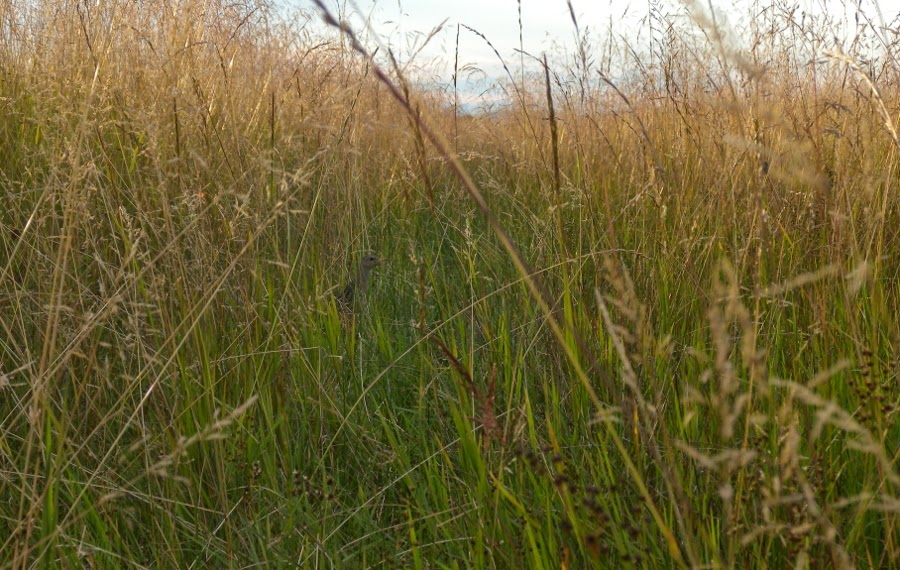 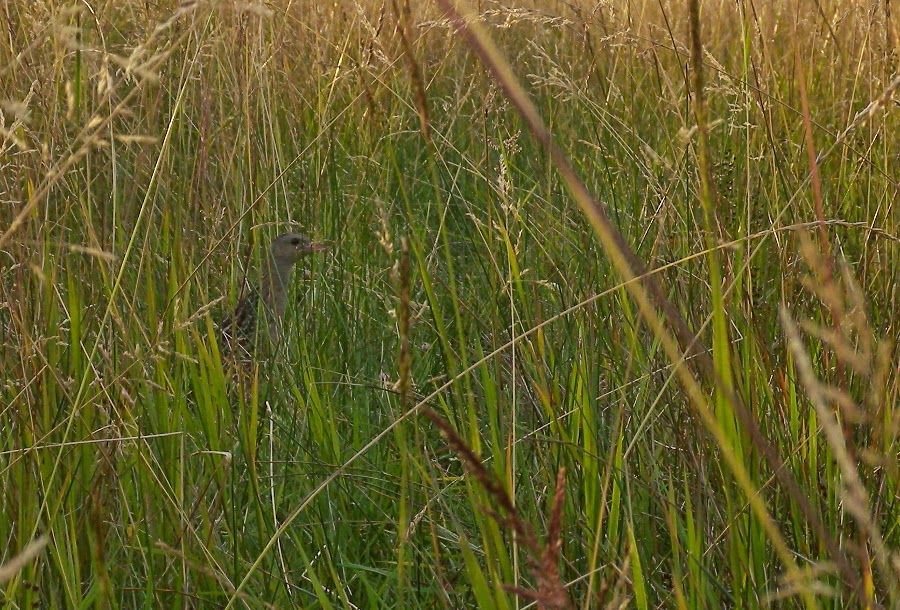 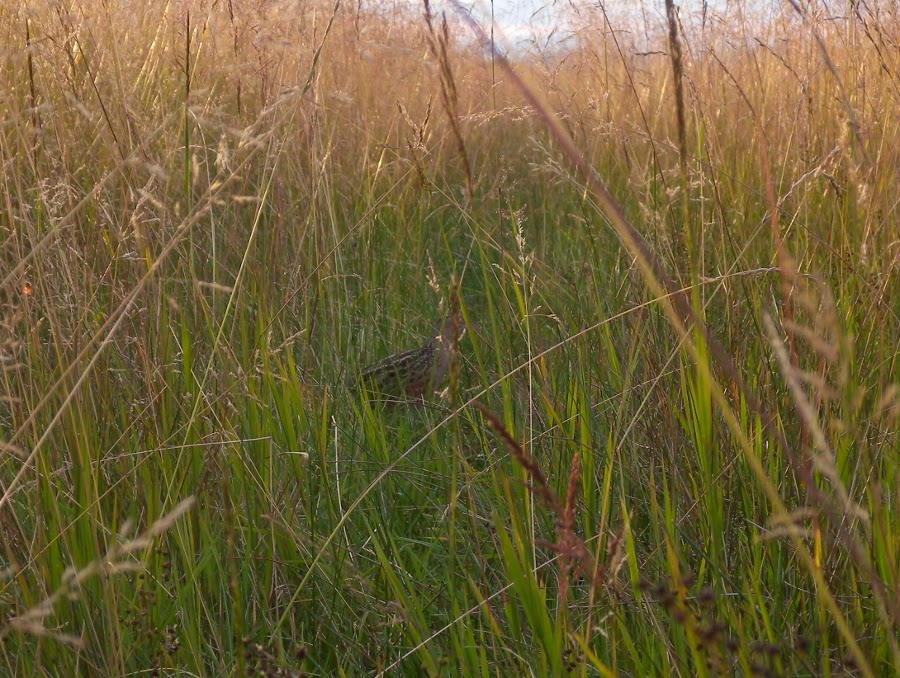 Yesterday I went to Cerkniško jezero (Cerknica lake) to investigate on a Citrine Wagtail Motacilla citreola that has been photographed there on Tuesday. The date of the sighting is quite odd for a non-breeding bird and moreover a probable juvenile was also photographed the same day. This could be the first breeding of the species in Slovenia, which is otherwise an accidental (with 8th confirmed records). Despite an intensive search I didn't find the birds so I gave up and spent the rest of the evening enjoying other birds around the lake. The star of the day were CORNCRAKES Crex crex. I had 7 singing birds in total and also managed to see one down to a few metres (above).
Other highlights around the lake included a Short-toed Eagle Circaetus gallicus doing some motionless "hanging", 3 Reed Buntings Emberiza schoeniclus (the area is the only regular breeding site I know), lots of showy Sedge Warblers Acrocephalus schoenobaenus, an awful lot of Whinchats Saxicola rubetra (20-30), a few Yellow Wagtails Motacilla flava cinereocapilla (with juvs), Fieldfare Turdus pilaris (2), Marsh Harrier Circus aeruginosus (1 f), Wood Sandpiper Tringa glareola (1) and 2 families of White Storks Ciconia ciconia.
In the evening also a Beech Marten Martes foina in the middle of the road and two more singing Corncrakes at Planinsko polje.