The Dotterel that wasn't 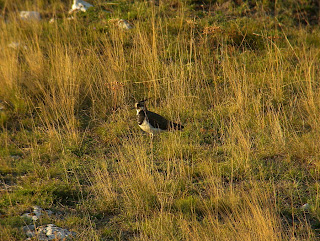 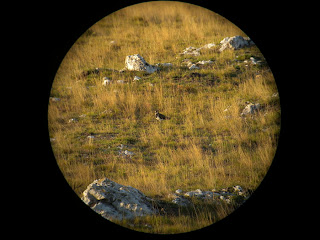 ...it was a Lapwing! This afternoon I was up again on mount Vremščica (1026 m) in Slovenia to check the site fidelity of the Dotterel (do you remember 2 years ago, same site, same day?). Today up there it was all nice and well, pity I got the wrong wader... a Lapwing! At this point I think that a Lapwing in upland habitat in Slovenia is far rarer than a Dotterel, but the joy wasn't really the same. Anyway it was a good and interesting find, I was quite amazed. Well, but migration is right that - strange birds in strange places. The bird was perched on the ground in an area of short, tundra-like grass and some rocks - the perfect place you would expect to see a Dotterel. After some people walked along a path towards it, the bird took off, made a few calls as it circled and disappeared westwards.
Last week's juvenile Montagu's Harrier was still there, performing well for the whole afternoon while hunting over the "moors". Other birds seen on Vremščica's plateau and surrounding areas also included: Wheatear (2 males), Whinchat (7), Common Redstart (5 males), Spotted Flycatcher (1), Willow Warbler (1 calling), Lesser Spotted Woodpecker (1 male feeding on a whitebeam), Alpine Swift, Raven (12), Black Woodpecker (1 heard), Mistle Thrush, Red-backed Shrike (4 juvs), Skylark, Chiffchaff, Kestrel. At sunset also a group of 10 Red Deers was seen feeding on an open meadow.
No Dotterels found, but all in all a good afternoon. Below are some more pics, including some botanical ones (berry season at its best!): 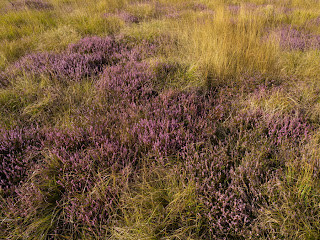