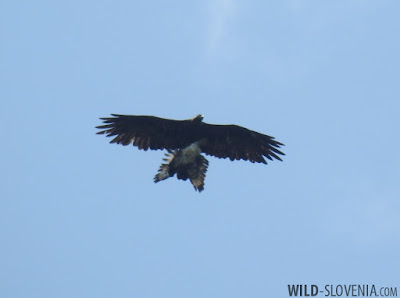 The past week or so has been quite slow in terms of trips and field activity. In the summer heat it can be quite hard to find something interesting, but during a few short trips to areas close to home, we at last gathered some observations worth of note. Yesterday we visited the grassy slopes of mount Nanos, where we witnessed an unbelievable hunting scene: an adult Golden Eagle Aquila chrysaetos caught a male Honey Buzzard Pernis apivorus in mid-air, then dropped it, while a second Golden Eagle collected the (now dead) prey, once again in mid-air! Both eagles then glided away to consume the prey. It all happened literally above our heads and we remained speechless! 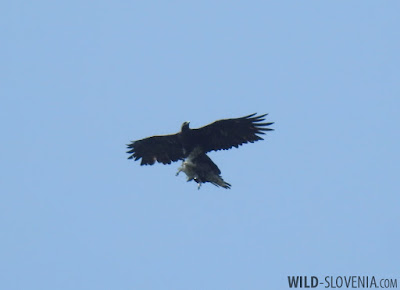 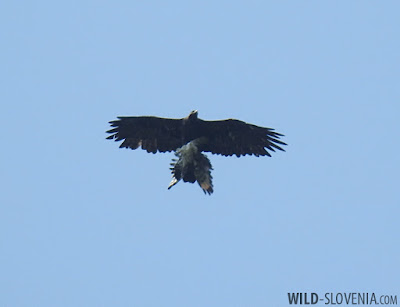 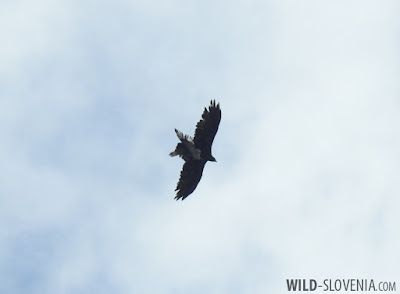 Golden Eagle Aquila chrysaetos with a Honey Buzzard Pernis apivorus in the talons.

Nanos is a known breeding territory of Golden Eagles and we regularly observe these majestic birds, when we visit the plateau. However, witnessing a successful eagle's hunt is far from ordinary and even more so if we think about the chosen "victim" - another raptor! But the eagles on Nanos already amazed us last year in September, when up to 3 individuals (a family) "played" with a Chamois Rupicapra rupicapra - video here.
Nanos is in general an excellent raptor-watching location. In the warmest hours of the day we also observed 3 different Honey Buzzards Pernis apivorus (including the eagle's victim) patrolling the area, together with a Sparrowhawk Accipiter nisus, a Buzzard Buteo buteo and several Kestrels Falco tinnunculus. Around 1.00 pm also a short "train" of 4 Griffon Vultures Gyps fulvus headed north-west towards the Alps. 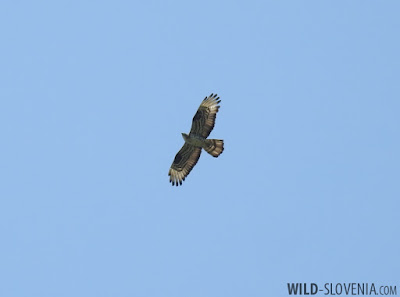 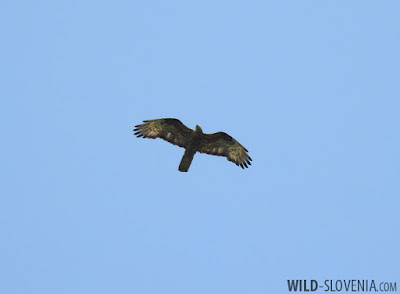 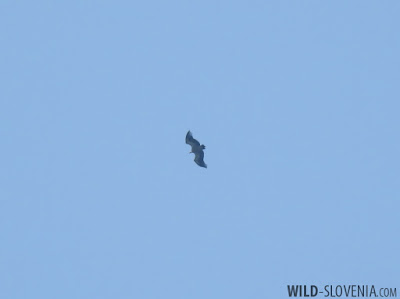 
Other interesting birds on Nanos included a juvenile Rock Thrush Monticola saxatilis on the steep southern slopes, a Black Woodpecker Dryocopus martius, a Hoopoe Upupa epops and the first Wood Warblers Phylloscopus sibilatrix of the autumn. Butterflies were quite thin on the ground due to the strong wind, but some species were nevertheless interesting, including the typical representatives of rocky grassland habitats. Of course we also enjoyed some late-summer plants. 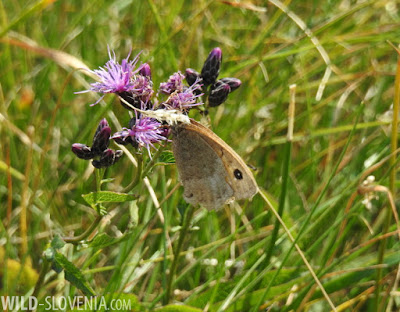 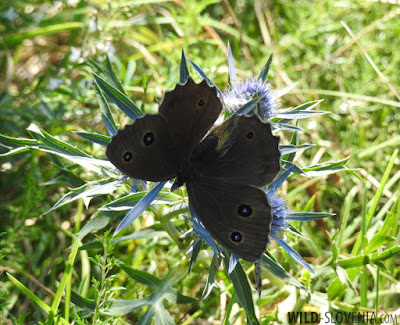 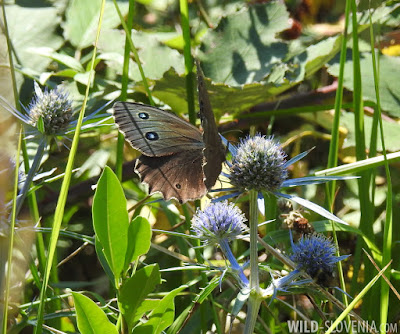 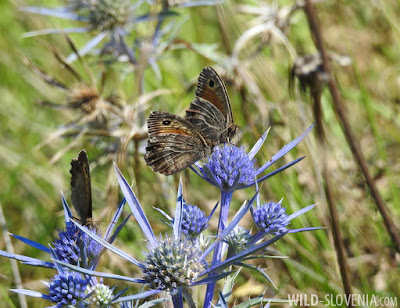 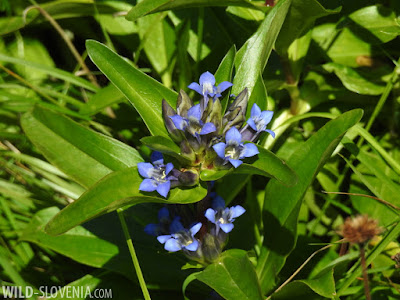 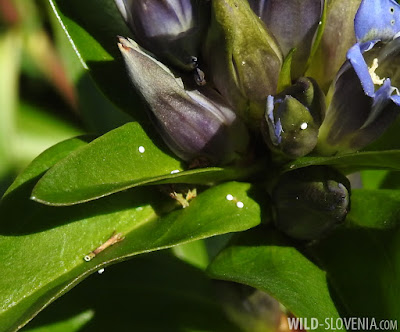 Cross-leaved Gentian Gentiana cruciata with the eggs of the Alcon Blue Phengaris alcon f. rebeli
(those tiny white pearls in the lower pic). 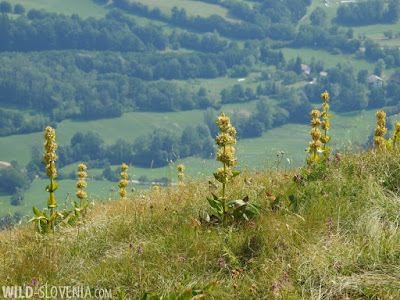 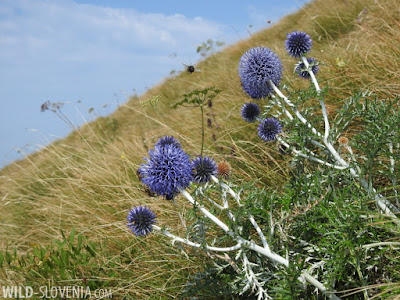 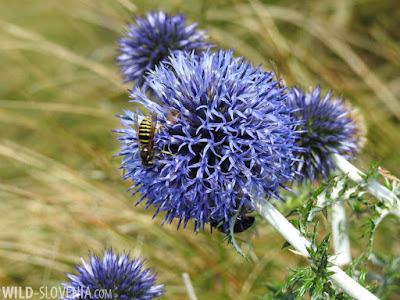 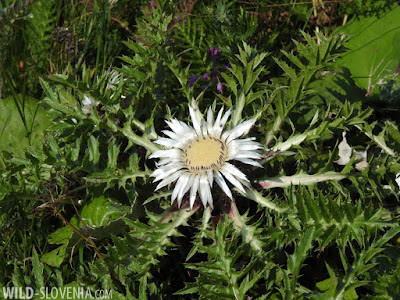 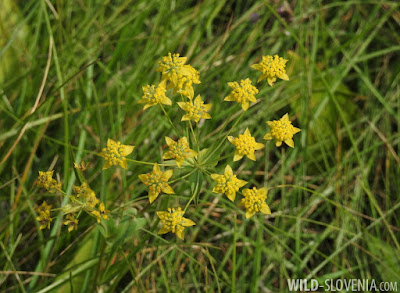 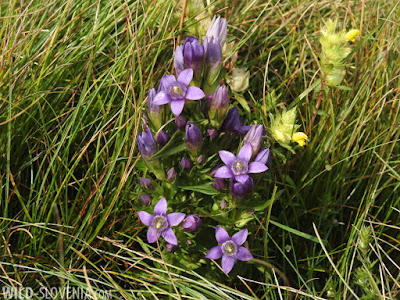 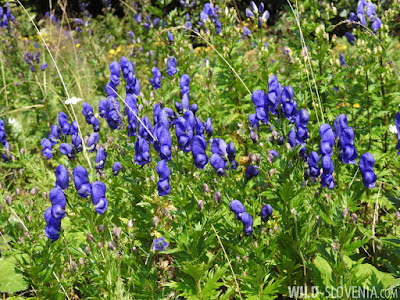 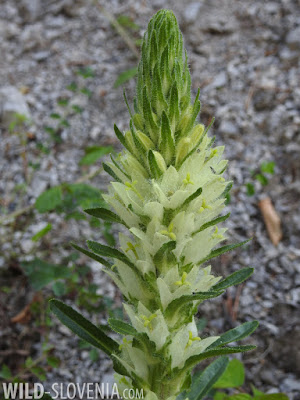 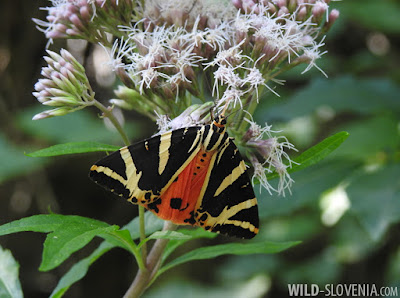 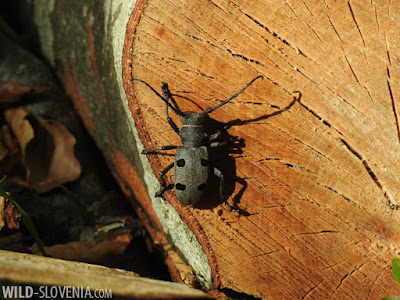 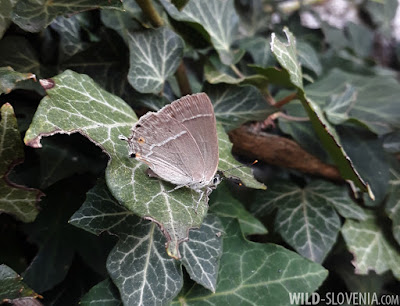