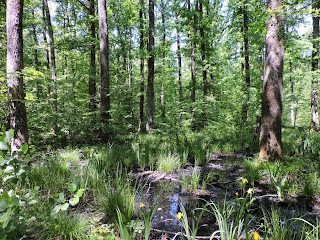 Krakovski gozd is a large area of alluvial forest by the Krka river, holding the largest breeding densities of  Middle Spotted Woodpecker Dendrocopos medius and Collared Flycatcher Ficedula albicollis in Slovenia. Most of the forest is composed of English oaks Quercus robur, hornbeams Carpinus betulus and alders Alnus glutinosa in the associations Pseudostellario-Quercetum and Pseudostellario-Carpinetum. It is also the largest remnant of lowland alluvial forest in Slovenia and it encompasses a small virgin (primeval) forest with large quantities of dead standing (and fallen) trees. It is a paradise for hole-dwelling species and of great importance for the smaller fauna. In 1979 a new species of fungi for science was discovered in the virgin forest.

On Saturday I was there with a group of fellow biologists from university and we managed to see a considerable amount of biodiversity, including some of the specialties of the area. We started with the excellent observation of an adult WHITE-TAILED EAGLE Haliaeetus albicilla soaring above the fields, close to the forest edge. A pair of these birds nests in the forest, which is one of the few known breeding sites of the species in Slovenia. 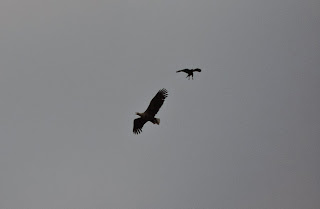 In the forest the commonest bird songs heard for most of the day were those of Chaffinch Fringilla coelebs, Cuckoo Cuculus canorus, Blackcap Sylvia atricapilla and COLLARED FLYCATCHER Ficedula albicollis. Although the latter was relatively common, it was quite hard to get proper views as the foliage in the canopies was quite thick. Out of the 10-15 we heard, we managed to see two or three properly. Lovely little birds anyway. 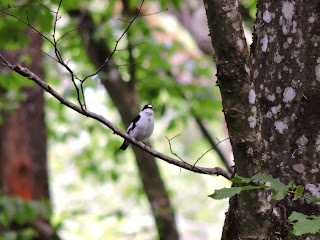 May is not a very good month for woodpeckers, but somehow we managed to see/hear at least 5 MIDDLE SPOTTED WOODPEKCERS Dendrocopos medius. One of them was observed collecting food on a forest road and then flying to its nest (below). 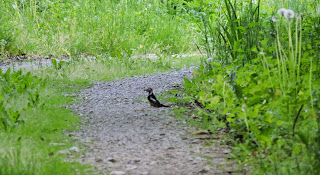 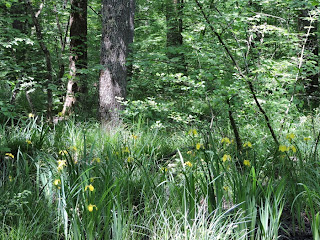 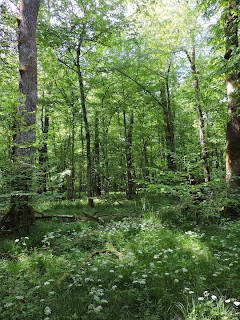 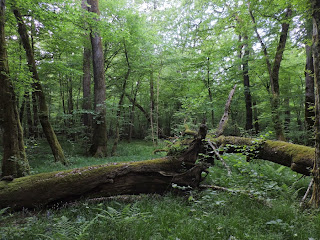 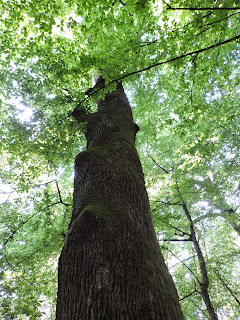 And now to a completely different region: the Karst. In the past week I made small excursions on different sites in both dry grasslands and forest habitats. The most interesting of all the observations made was (again) a mammal - a WILDCAT Felis silvestris that materialised some 50 metres away from me in the woodland where I was following the Middle Spotted Woodpeckers. Although I didn't see the Middle Spots this time, I had a nice consolation instead!
On the botany front, the most interesting was the "twitch" of a rare plant I went to see on mount Slavnik (1028 m) in south-western Slovenia. See below for details. 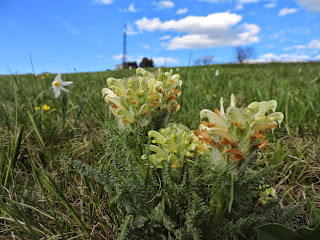 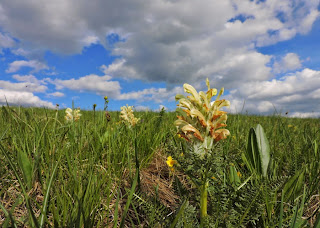 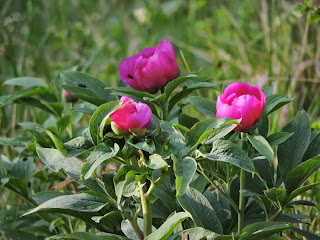