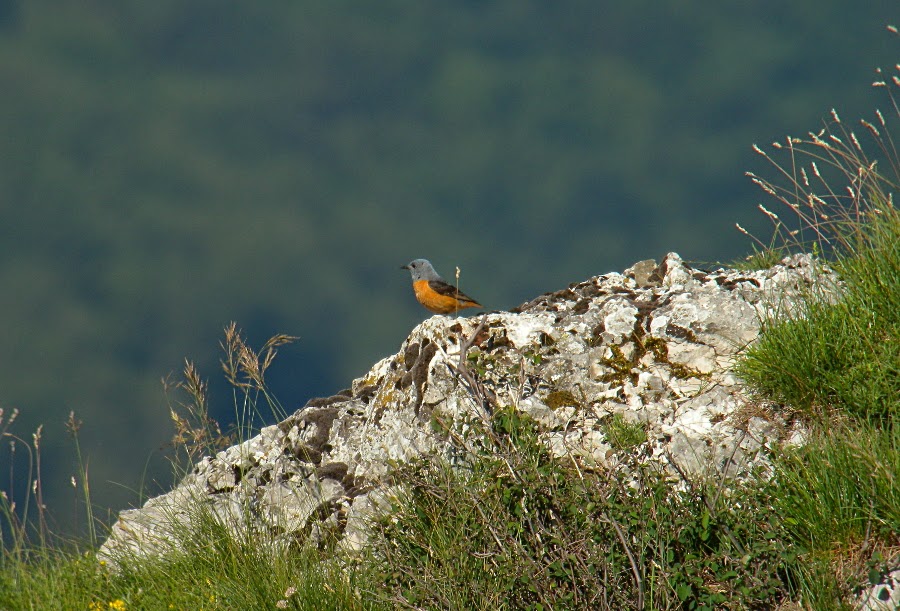 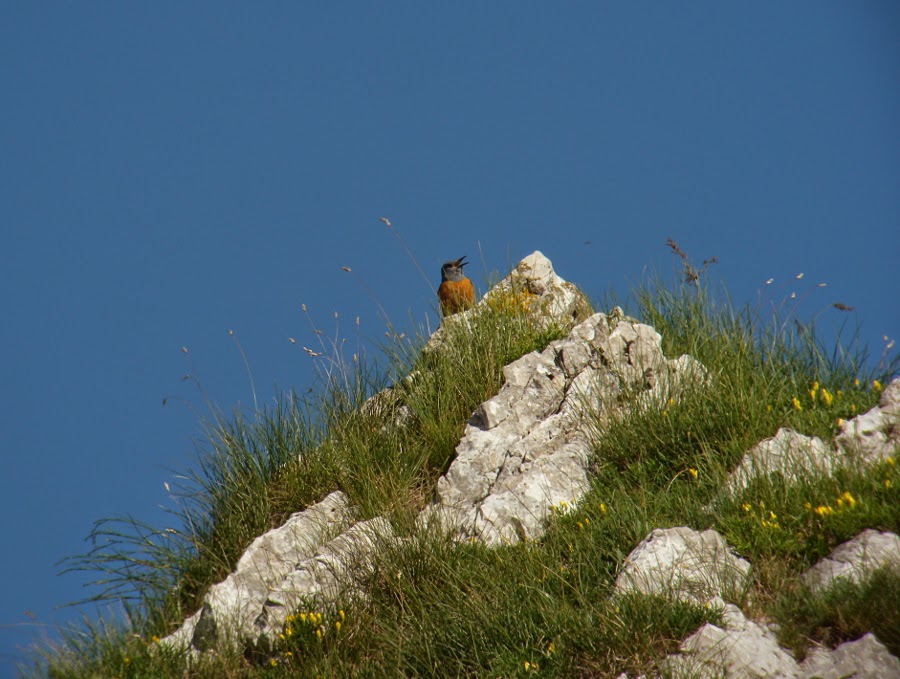 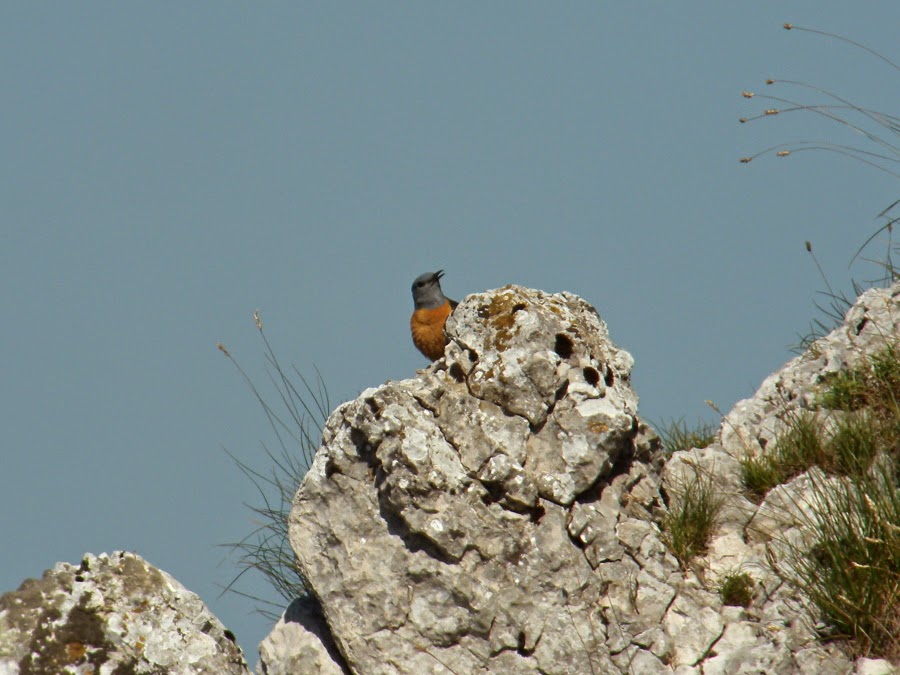 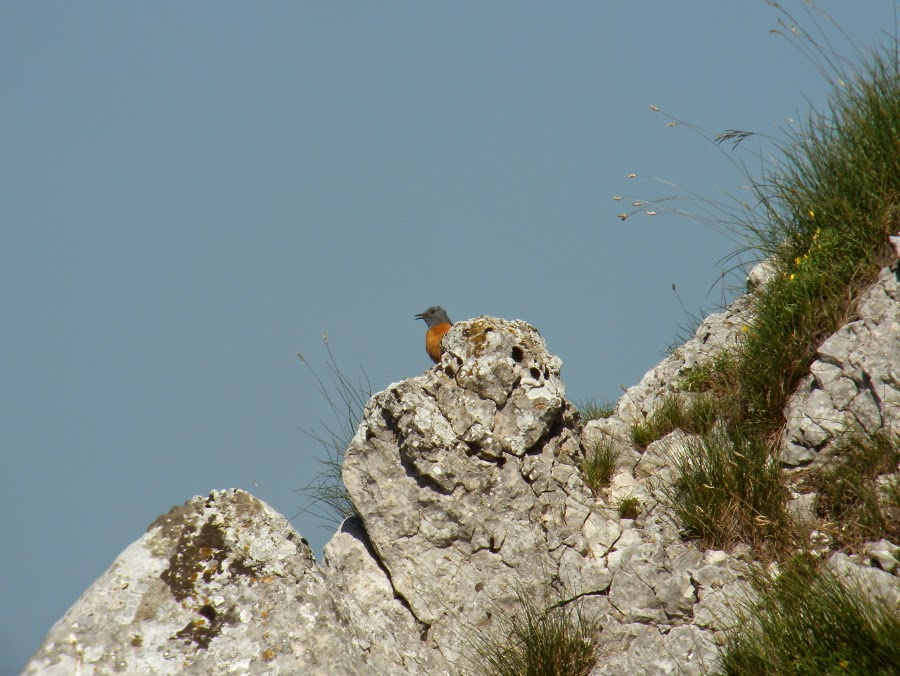 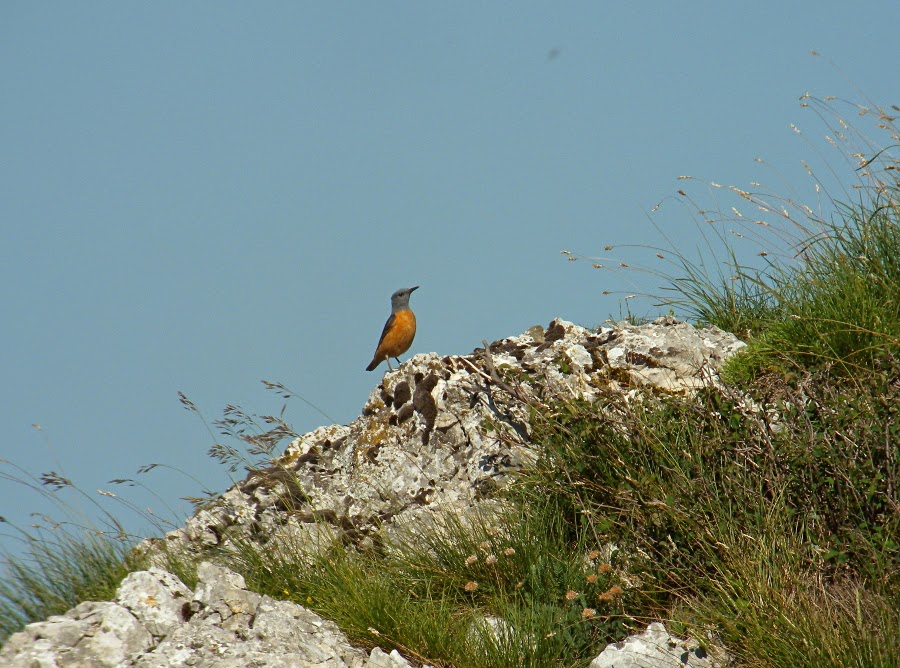 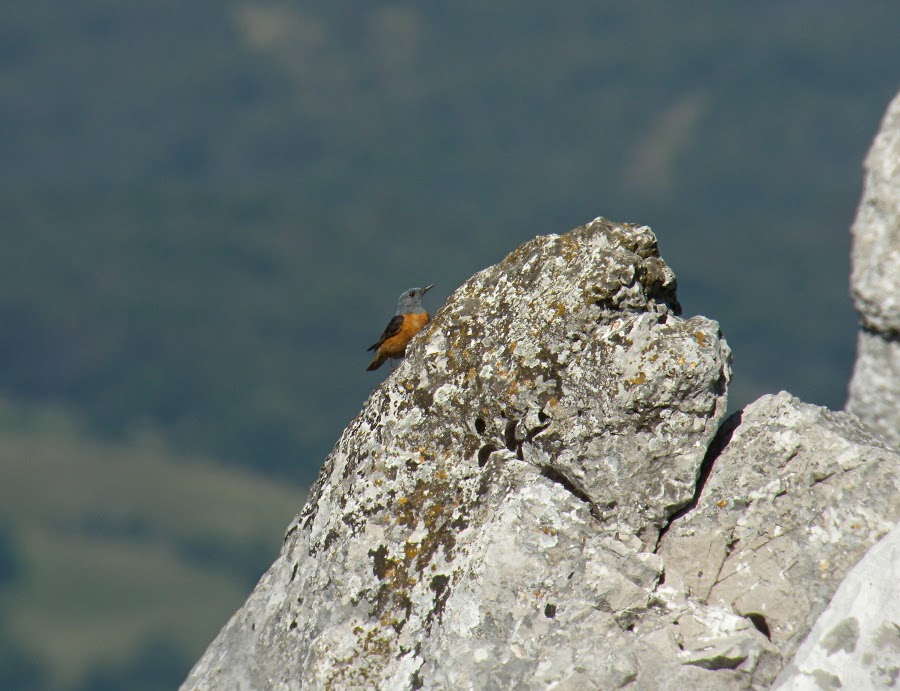 The idea of a Rock Thrush in the scope proved irresistible. So this morning I took a walk up to Mt.Nanos (where I saw it about a month ago) with the intention to enjoy the birds closer and take some pics. With the scope on the back it was a pretty hard walk up the steepest and rockiest (but also quickest) path to the top. Nevertheless it was well worth it. All the effort and sweat had been rewarded with excellent views of a singing male ROCK THRUSH. A few hundred metres away, on the other slope was another male delivering its song too. On one occasion the two birds performed an aerial pursuit as one of them tried to fly into the other's territory. The first male performed quite frequently the display flight, showing its orange underpart to its best. Interesting to note that the bird was ringed (metal ring on left leg). This time I didn't see any females, which is quite normal as they should be in the nests.
Apart from a low-flying Honey Buzzard, singing Rock Buntings and Tree Pipits, there wasn't much bird activity. So wildlfowers (as usual) provided additional interest. I was most happy with Lilium carniolicum - a flower that I have only seen in the Alps and which is quite rare on the Karst's grasslands. On Nanos is probably more widespread but today I only found four plants. 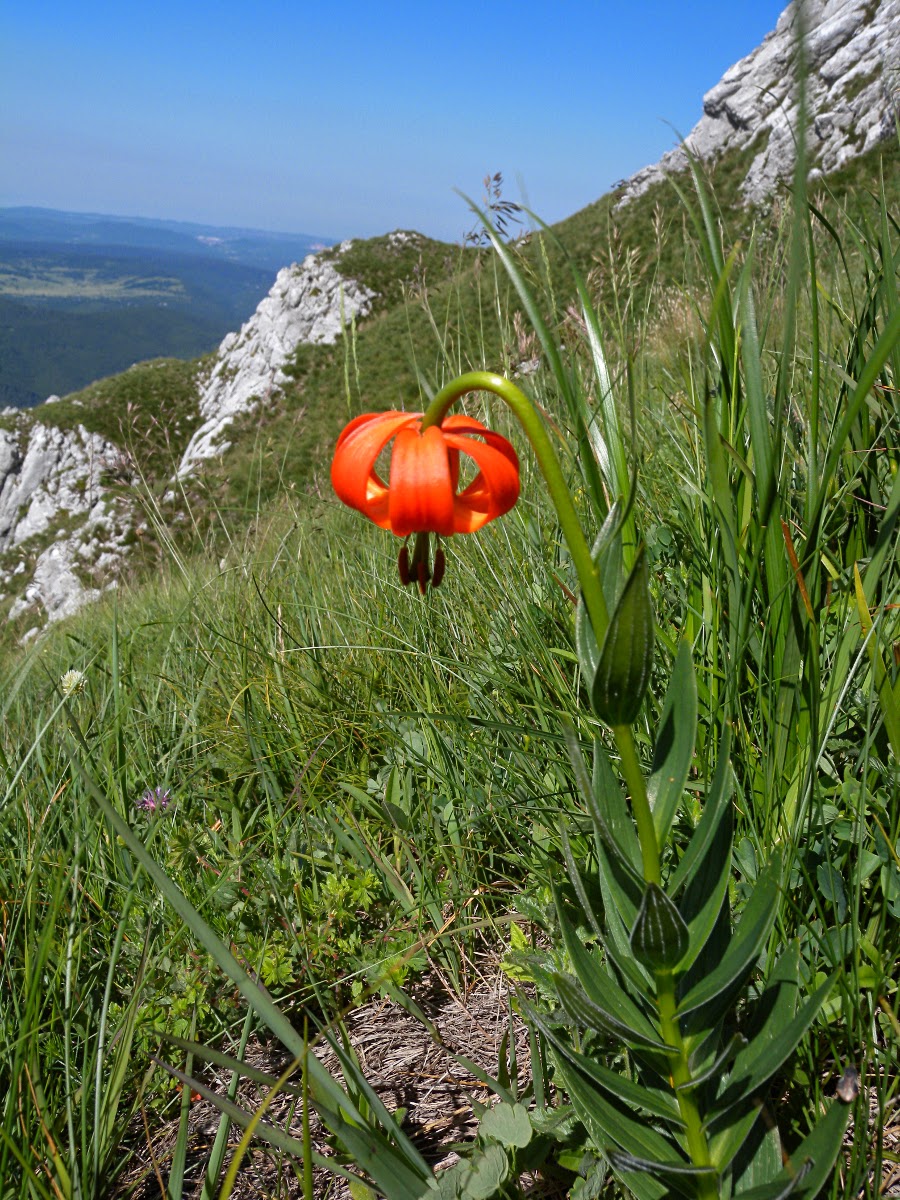