A wave of rare migrants

Quite unbelievable afternoon! I had a visit at the grassland of Campo Carri - my first this season, so hopes were mainly towards common migrants like Wheatear or similar. Well, just before my first two Northern Wheatears of the year I found two stunning BLACK-EARED WEATEARS! A speciality of this area, but hardly expected today. The two birds, both males of the black-throated morph, were very collaborative and showy, sitting on the low pines along with 3 Wheatears (2 m & 1 f) and a single Whinchat (also a year's first). Later also a female Stonechat joined the show.

After the initial excitement the situation slowed down a bit, until a large raptor soar overhead: a GRIFFON VULTURE heading north towards the Alps. Good.

Later in the afternoon I was joined by some friends which came to twitch the Black-eared Wheatears. Together we watched the two birds for some time until... suddenly something flushed them away. We looked around in the sky and were astonished to see a snowy male PALLID HARRIER flapping past the grassland! The harrier remained on view for a few minutes, until it disappeared southwards. This is something like the first Pallid Harrier for the area of Trieste and a rarity even on the national level. 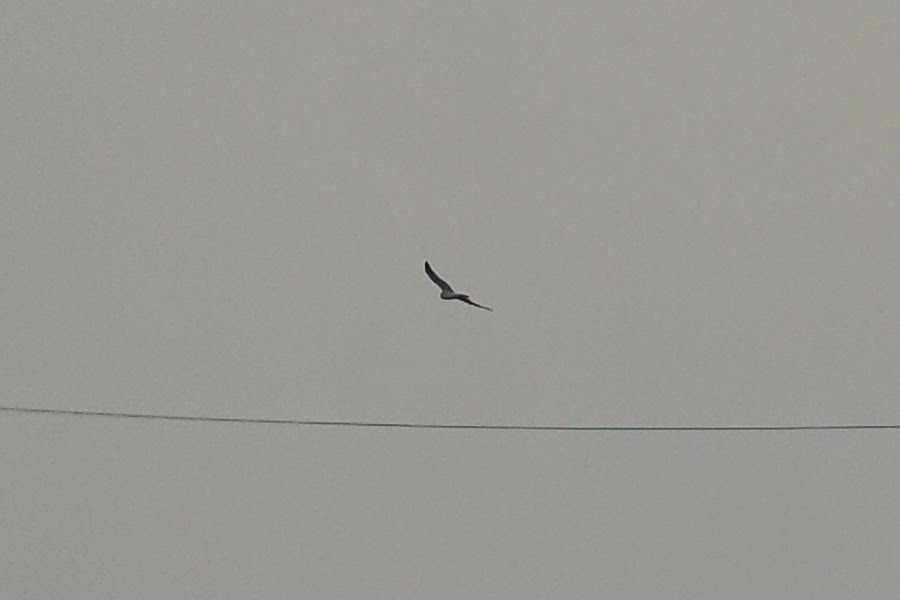 Minutes later two female Marsh Harriers migrated overhead in the same direction, suggesting a passage of Circus was going on.
The last surprise of the day came shortly afterwards when I glimpsed a "Blackbird" landing on one of the taller pines at the edge of the grassland. On binoculars it was rather far, but unbelievably it seemed to show a white crescent on the breast. A quick look through the scope confirmed my thoughts: male RING OUZEL! After a few seconds the bird flew off and we later saw it flying above the grassland in direct flight southwards. It was again my first for the area of Trieste and I think a really scarce bird on the Karst.
Supporting cast on the grassland and nearby woodlands included: 3 Willow Warblers, 2 Rock Buntings, Woodlark, +10 Swallows, Buzzard, 1 Kestrel, Mistle Thrushes, Coal Tit, Serin, Hawfinch, Green Woodpecker and on the butterfly front a Southern Festoon (Zerynthia polyxena).
I'm also glad to report my first HOOPOE of the year seen two days ago on the Slovenian Karst. The same day I also had a pleasant chorus of Black, Green and Grey-headed Woodpecker singing to each other in a small patch of woodland.
Posted by Domen & Sara at 12:21