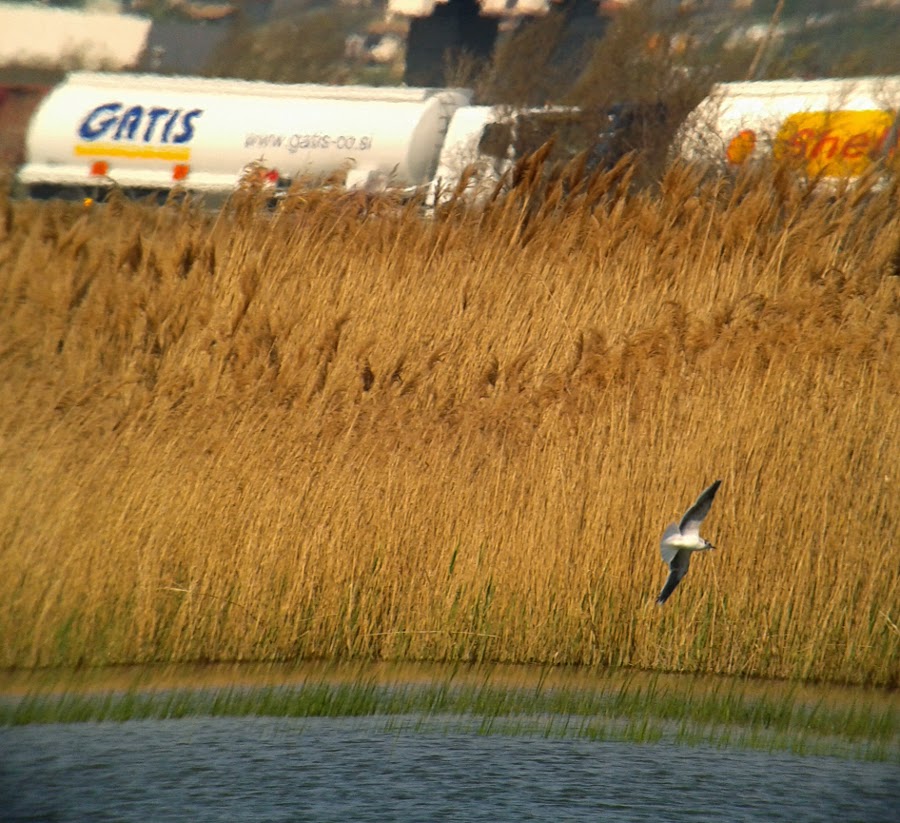 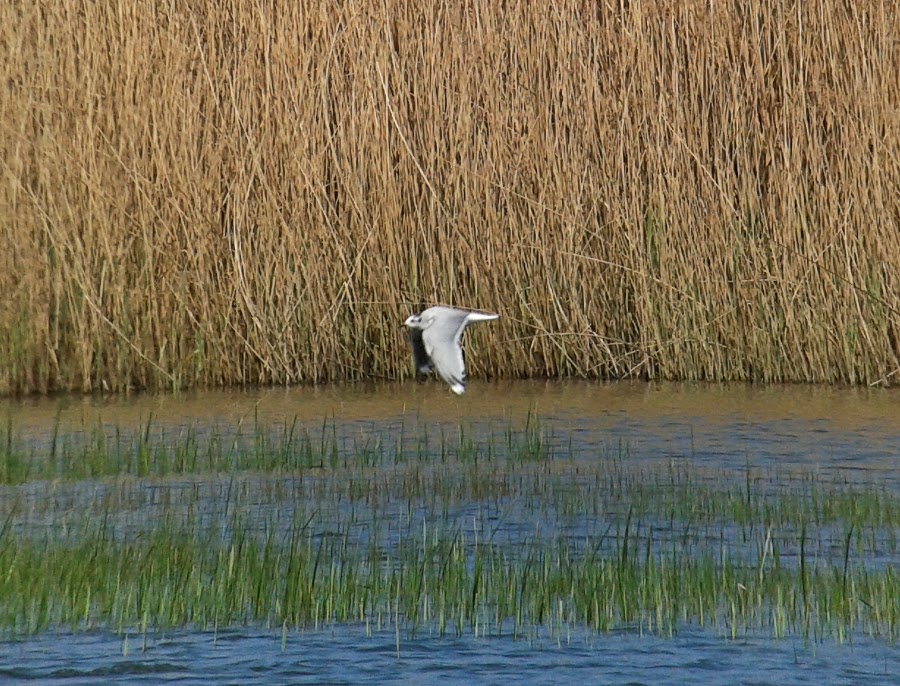 Škocjanski zatok NR: now I'm visiting the reserve more frequently as the days are getting warmer and more spring migrants are turning up. Today was quite interesting as well - I found a LITTLE GULL resting in the freshwater marsh, which oddly was something like the 3rd of 4th record for the reserve. A good spring find anyway. It was usually seen resting on the grassy islands among the Black-headed and Yellow-legged Gulls and also in the air, flying low above the marsh. Also today several hirundines were seen in the form of 12 Swallows and about 10 House Martins. Today and yesterday I also saw a few House Martins in the town of Koper. They are now starting to visit the usual colony sites and will become regular from now on.
Garganey numbers were quite low today with just two or three males seen. Four Black-winged Stilts, 1 Ruff and 1 Wood Sandpiper were also still around. A male and female Ferruginous Duck was also of interest, along with 2 Pochards and a female Tufted Duck. Two Cattle Egrets are always showing well in front of the first screening.
Posted by Domen & Sara at 10:55