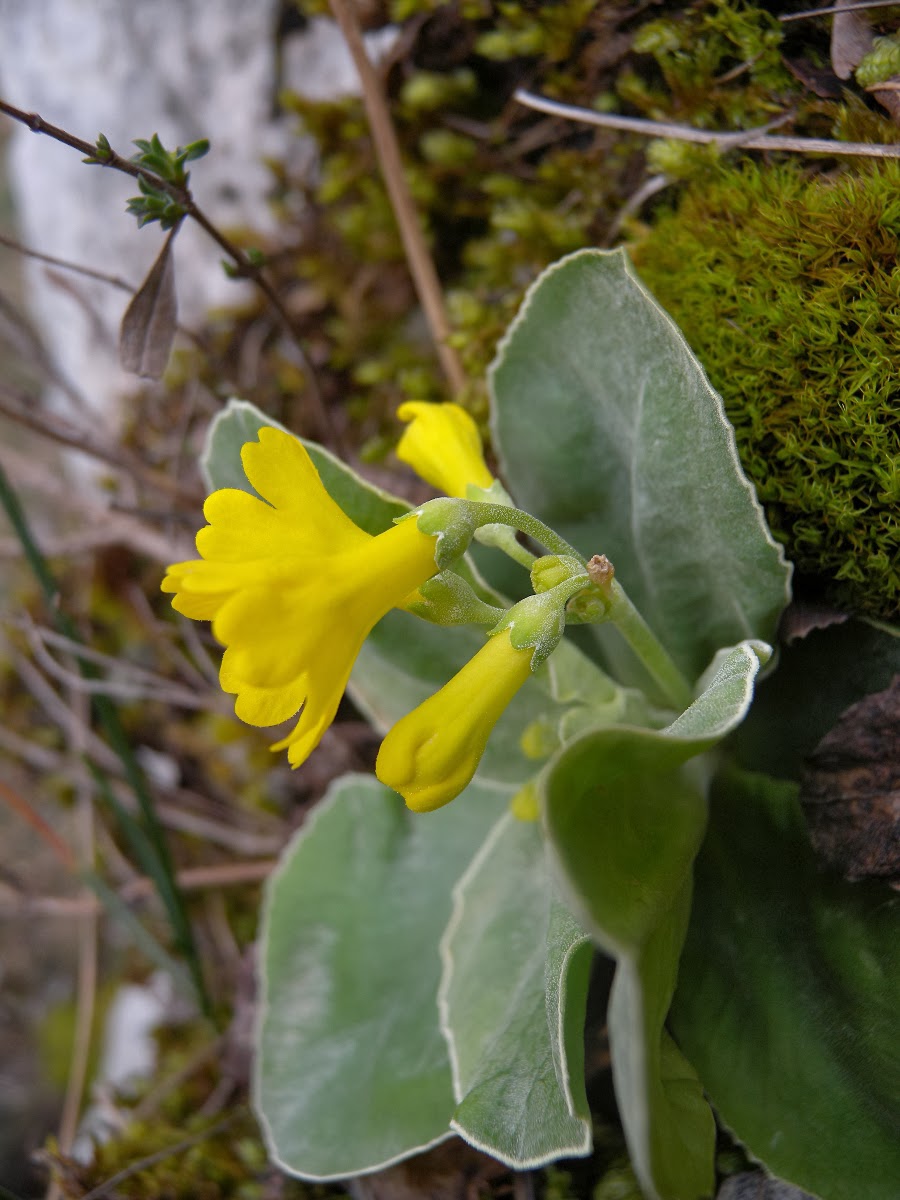 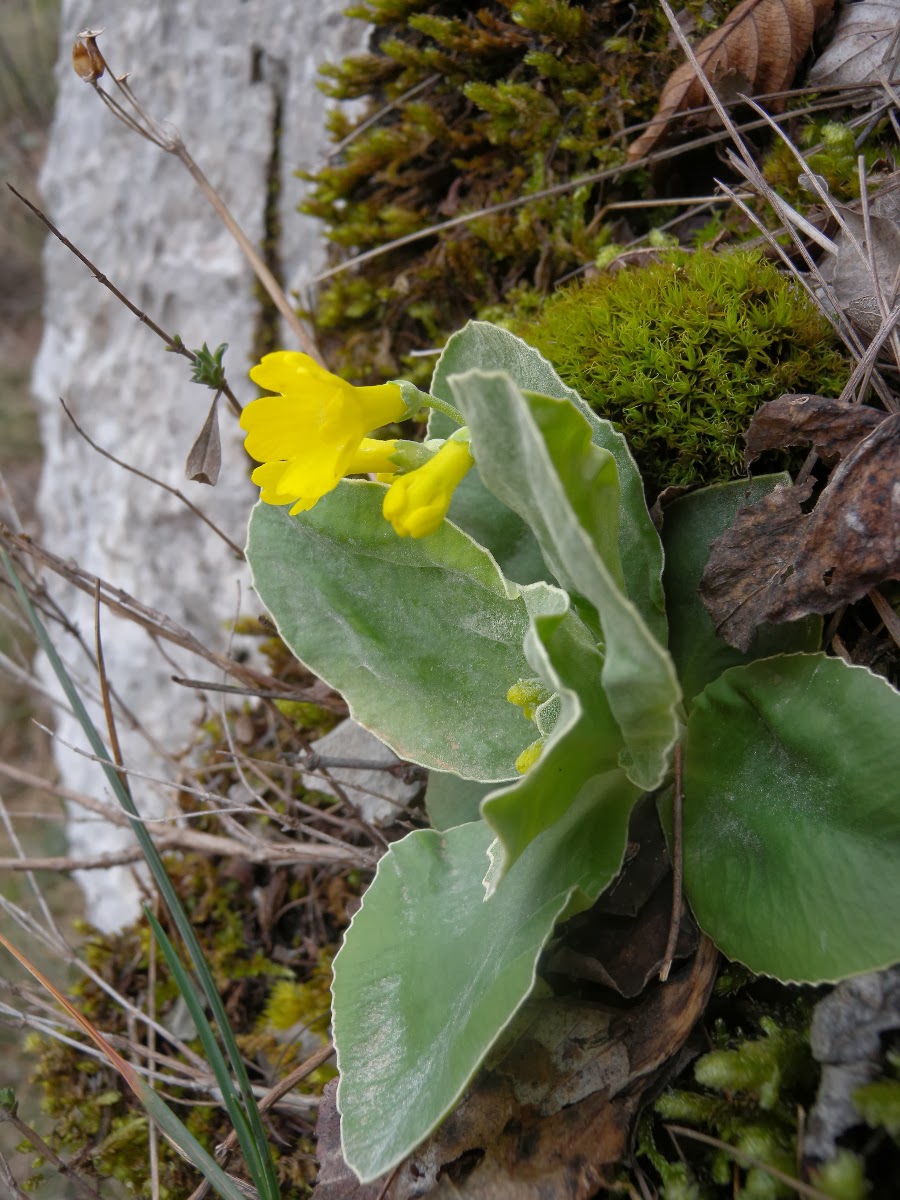 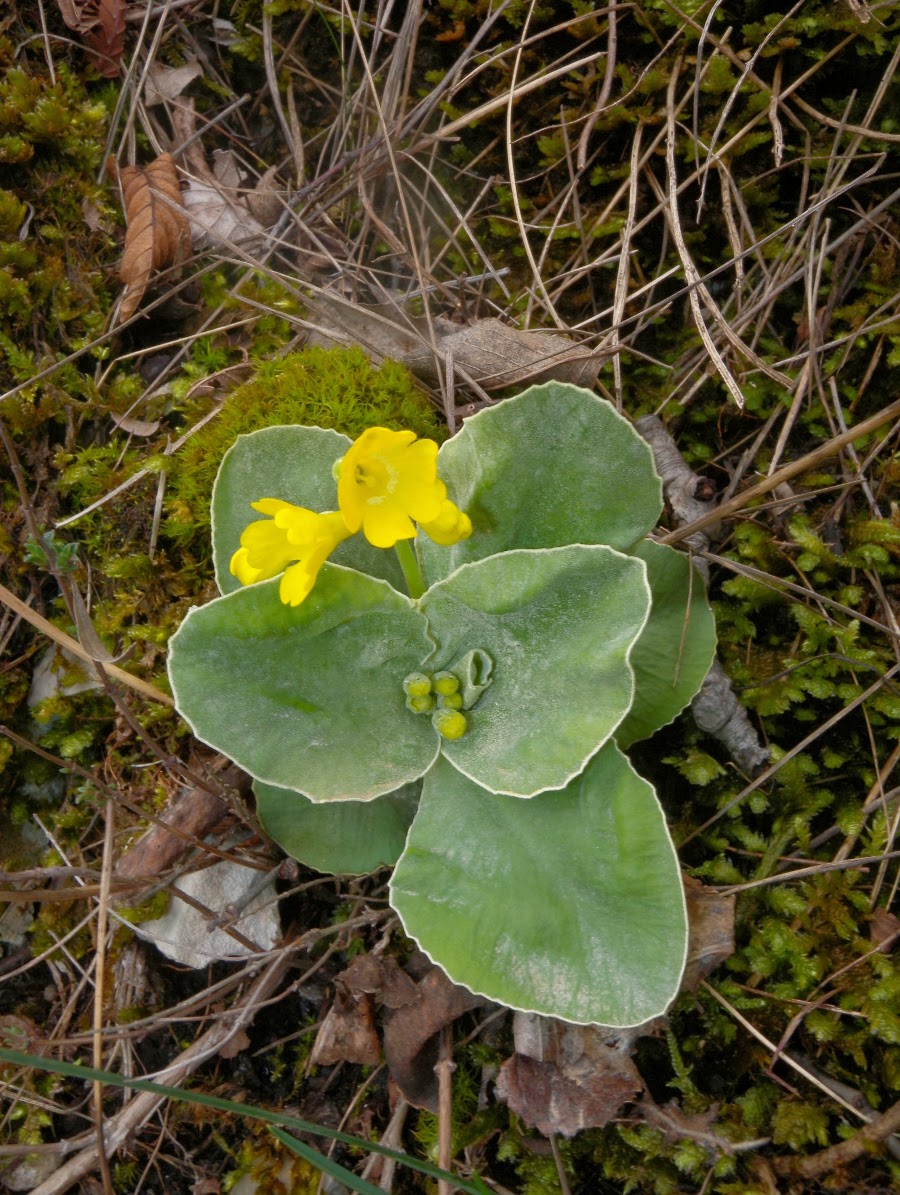 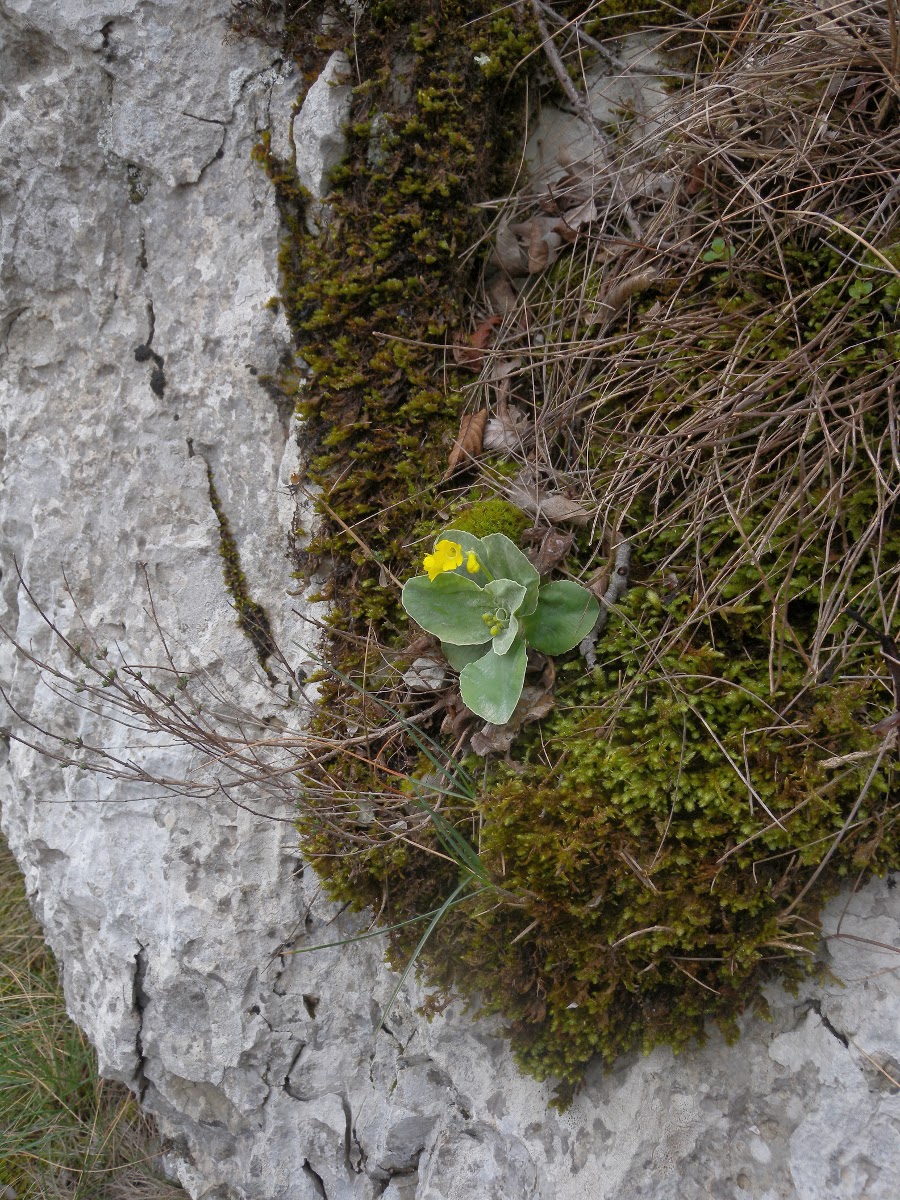 This morning, a proper botany-orientated excursion on the Karst. Main target: Bear's-ear Primula auricula. In Slovenia this plant has its stronghold in the Alpine region, but there are also several isolated "island populations" (in glacial refugia), including a handful on the Karst. It usually grows on calcareous soils and thrives on steep vertical limestone cliffs. With a bit of searching (and climbing) I found several flowering plants (above).
Supporting cast on the karstic woodland's floor included the typical early spring wildflowers like: Galathus nivalis (snowdrop), Primula vulgaris (primrose), Helleborus multifidus, Hepatica nobilis, Corydalis cava, Isopyrum thalictroides, Cardamine enneaphyllos and Crocus reticulatus.
Quite a lot of bird activity in the woodlands, consisting mainly of the common species - nothing really extra to report.
Posted by Domen & Sara at 10:26