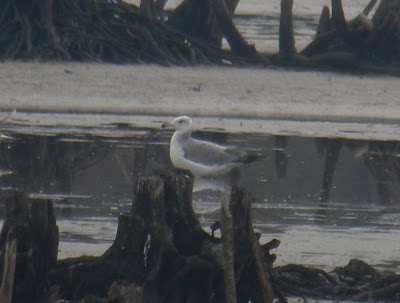 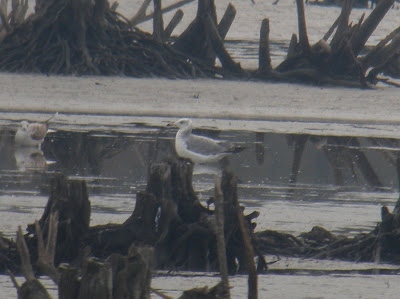 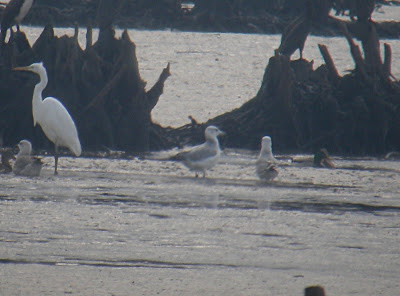 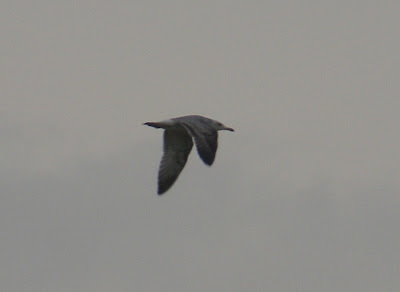 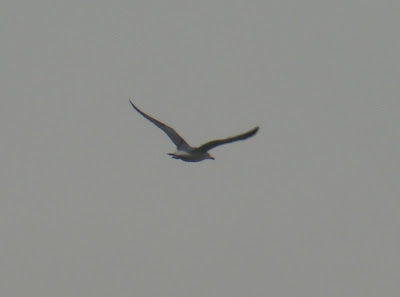 Just back after a successful twitch of the above PALLAS'S GULL (aka Great Black-headed Gull). I went to see it this morning, on the other part of the country; to be precise on Zadrževalnik Medvedce (Medvedce reservoir, NE Slovenia). The first-winter bird was discovered yesterday and fortunately it stayed around long enough for me to see it. I spotted it at 9.40 am, minutes after I arrived. I had some good views of it, also in flight, until 10.30 am when it took off and headed directly north with a Yellow-legged Gull (see last two pics). Not seen again after that.
If I don't get wrong this should be the 5th record for Slovenia...or something. The area held the usual mix of waterfowl, but the other most interesting birds were 1 male HEN HARRIER quartering the fields (first for the season for me), 2 Great Grey Shrikes and a nice flock of 45 ROOKS feeding on the ground.
Waders included something like 30 Lapwings and 2 Dunlins. Also 34 Greylag Geese and quite a lot of Penduline Tits feeding on the Typhas.
Posted by Domen & Sara at 07:07