Wetland birding at its best 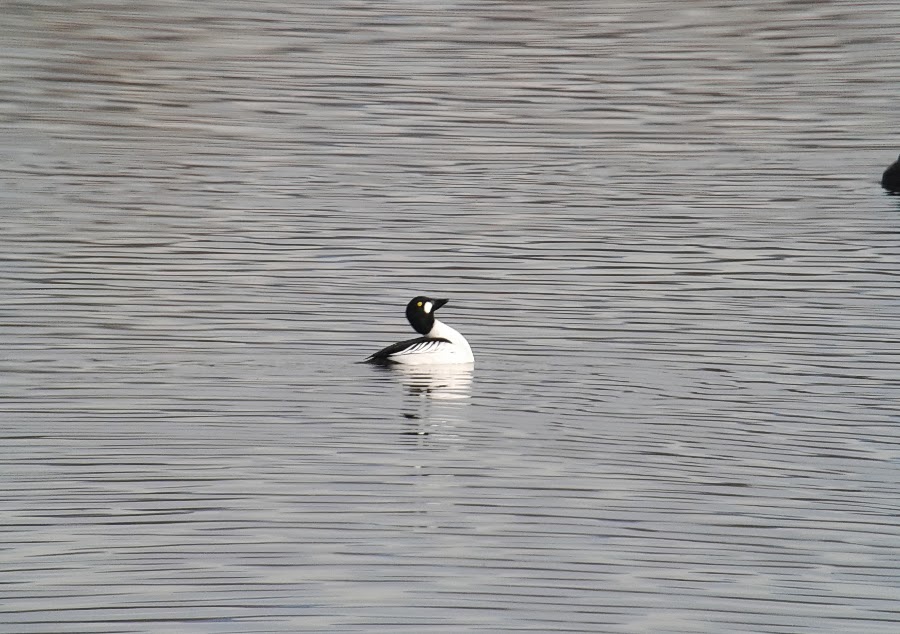 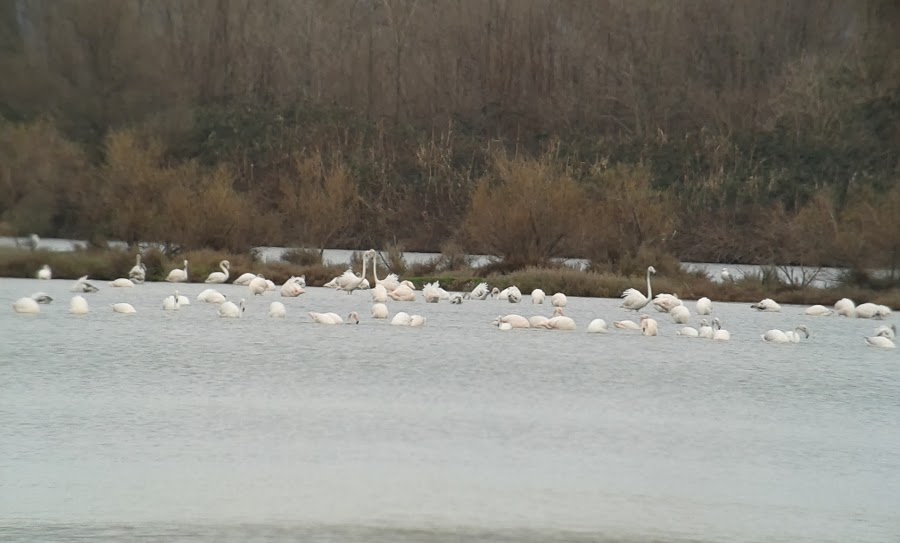 Spent the day working the coastal wetlands. Started at Lisert which held 6 Ferruginous Ducks (freshwater) and 51 Common Eiders performing display on the sea (buoys area).
A quick look at the bay of Panzano (Monfalcone) revealed the 3 wintering LONG-TAILED DUCKS (females) and several of the commoner grebes and other waterbirds.
Valle Cavanata NR and the Averto canal held, among the numerous Pochards and Tufted Ducks, also 2 female Greater Scaups, a few displaying Goldeneyes and 12 Spoonbills.
Perhaps the day's best sighting was that of a flock of 149 FLAMINGOS feeding in the deep water of Valle Artalina (Grado). There were both nice pinkish adults as well as a lot of juveniles. A nice spectacle to watch, with the the lagoon and the snow-covered Julian Alps in the background.
A look at the sandy beach at Banco Mula di Muggia (Grado) added 2 OYSTERCATCHERS, +10 Bar-tailed Godwits and several commoner waders to the list (incl. Kentish Plover, Grey Plover...).
The last stop was at Isola della Cona NR where the main interest was provided by a BITTERN walking out on the grass, a Great Grey Shrike on the fields, 2 Hen Harriers (m & f) and 5 Spoonbills. The usual wetland assortment was also present throughout the day (all common dabbling and diving ducks, White-fronted Goose, Water Rail, Marsh Harrier, Pygmy Cormorant, Spotted Redshank, Dunlin, Lapwing ect.). Several Green Woodpeckers were also seen or heard (yaffling) today.
Posted by Domen & Sara at 10:20