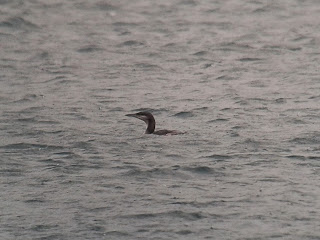 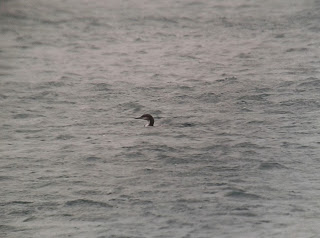 Local patch: three Black-throated Divers yesterday were the major highlight on the coast. I followed them all the way from Miramare to Barcola's quay as they swam and dived towards Trieste, sometimes approaching very close to shore.
In the past few days there was a slight movement of late autumn birds over the patch, when the northeasterly kept the skies clear. A few Skylarks passing overhead were the most welcome, as were a patch year tick. Others included Meadow Pipit, Serin, Siskin and Grey Wagtail. Cirl Buntings have started to appear again in smaller flocks and I usually heard them as they pass overhead. The other day a female perched in the garden for a while, allowing good views. Meanwhile in the conifer trees some Goldcrests are present and Dunnocks are more frequently heard. There's also a slight increase in Black Redstarts numbers.
The other day I also found the corpse of the Common Redstart in the garden - the bird that lingered until 31st October didn't make it at the end.
Posted by Domen & Sara at 01:58