Common Redstart in the garden 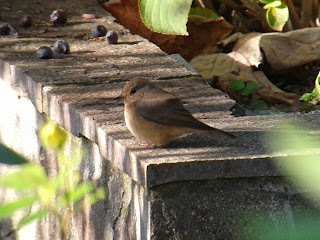 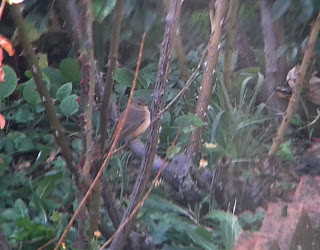 Local patch: today while checking the activity at the birdfeeder, an unexpected female Common Redstart popped into view and foraged among the roses in the shade of small bushes. Sometimes it perched on a wall for longer periods in between aerial flycatches. I think this is my latest record of Common Redstart so far. It's been a few weeks now from the last load of trans-saharan summer migrants. Yesterday, as the wind turned to north-east I also heard a few Hawfinches passing by along with a strong influx of Chaffinches and some Water Pipits.
This morning I also had two brief encounters with a female Firecrest and a Rock Bunting (above) on the Karst, near Doberdob.
Posted by Domen & Sara at 13:25