The cliffs in summer 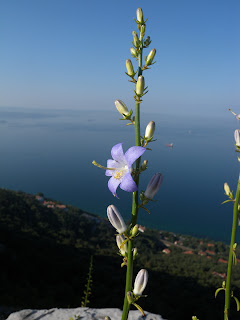 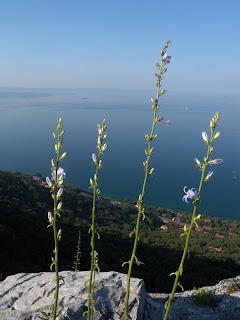 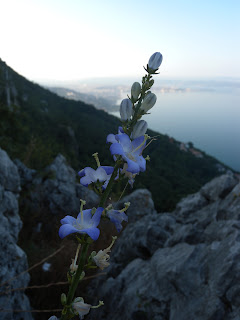 Local patch: I've been up on the cliffs early this morning, but the situation was very quiet as it was pretty hot. Chimney Bellflowers (Campanula pyramidalis) are now beginning to bloom out of the cliffs and today they provided the main attraction (above).
However I also managed to bag an excellent bird for the patch: CROSSBILL. Four birds flew along the karstic edge, giving their characteristic "glip-glip" calls. One of them was a stunning red male. In June I already had a flock of 10 or so Crossbills flying over my house, so this wasn't a patch year tick, but anyway a good species to see in the area. A male Honey Buzzard gliding above the woodland was also of note, along with 7 Alpine Swifts, 1 single Common Swift (now they've just disappeared) and at least 7 Rock Buntings (including juvs). Marsh Tit, Green and Great Spotted Woodpecker were heard in the woodland as usual.
The other day this nice male Golden Oriole was putting on good show on a tree in front of the house. Pity I managed to take just a brief digibinning photo. 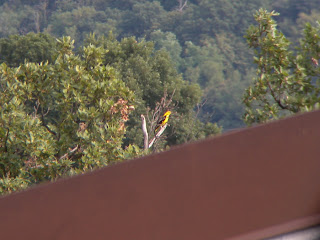