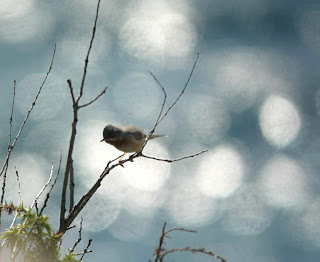 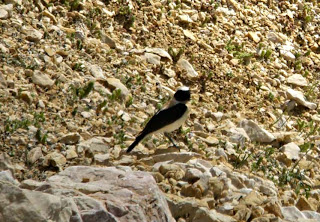 I'm back from a weekend of university fieldwork on the Croatian islands of Cres and Lošinj. We visited different habitats from the sea-coast to the meadows, woodlands and ponds for sampling invertebrates and other wildlife. Techniques used included a bit of rock-pooling, butterfly and insect-catching with the nets and catchers, pond-dipping and so on. We then had quite a good time analysing and identifying the samples we collected. An awful lot of stuff from beetles, flies, snails, worms ect ect.
Highlight birds I managed to see during the three-days on Cres included: Woodchat Shrike (up to 3), Subalpine Warbler (very common), Short-toed Eagle (1), Griffon Vulture (very common), Black-eared Wheatear (1), Turtle Dove (fairly common in wooded areas), Black Kite (1), Scops Owl (1), Melodious Warbler (1-2), Great Reed Warbler (1), Alpine Swift, Bee-eater (small flocks usually seen passing high overhead), Red-backed Shrike (2), Yellow Wagtail (+10). Also had 3 reptile lifers: European Glass Lizard (Ophiosaurus apodus), Sharp-snouted Wall Lizard (Podarcis oxycephala) and Balkan Whip Snake (Hierophis gemonensis).
Posted by Domen & Sara at 02:44