RARE IN THE GARDEN 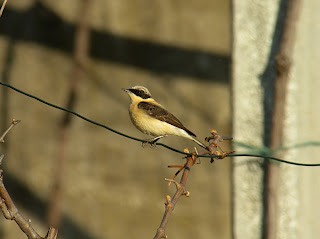 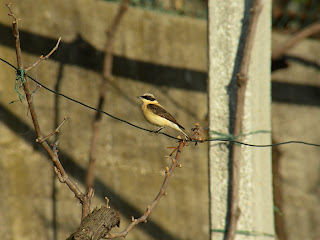 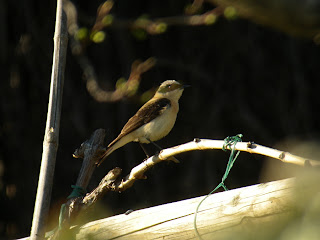 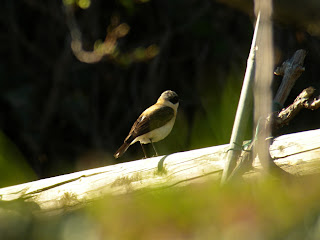 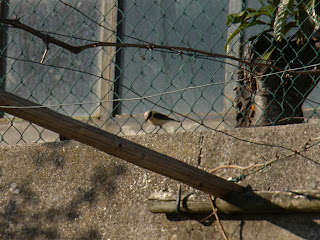 Local patch: this afternoon I was doing a bit of siesta on the terrace, when I caught a glimpse of a black-and-white bird darting from a perch in the distance. So I took the bins and had a look...it looked like an odd Pied Flycatcher or something...but it was still too far, so I took the scope and pointed: BLACK-EARED WHEATEAR - male! In the garden! I watched it for a while as it was fly-catching, frequently changing perches and flying around. Then I decided to enter the neighbour's garden to get closer and take some pics for documentation. And thus were made the above photos. The bird was performing really well in front of me, frequently sitting on fences and poles, down to 10-15 metres. Patch tick again!
The species is a rare visitor to the area of Trieste and actually to this whole part of north-eastern Italy and a rarity in nearby Slovenia. Two years ago I found another two birds on the Karst, which were also a major find.
If we stay in the garden, the situation was quite lively these past couple of days. Yesterday I had two delightful male COMMON REDSTARTS present for much of the afternoon (below), along with a female Common Whitethroat - the first this year. Actually also the Redstart was a first, and a quite pleasant one to find in the garden.
Today instead I had a Lesser Whitethroat and a Willow Warbler around, feeding on the blooming Prunus trees.
Nightingale, Common Swift, House Martin and Alpine Swift are now all regular daily birds in the patch. Also some Linnets fly overhead quite regularly, together with a Serin or two. 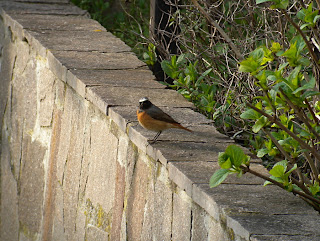 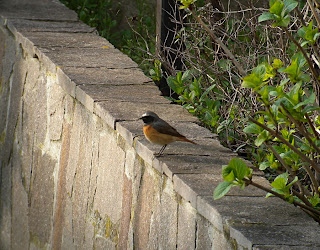 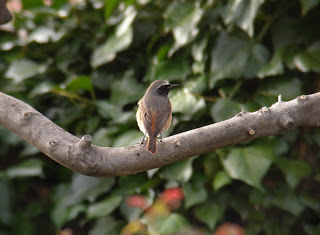 Today I also attended a meeting with my local ornithological society where a small "dawn chorus trip" was organised. We visited the Doberdob lake NR which held a good variety of passerine migrants. The highlight here was the first HOOPOE of the year (on the heathland). Other birds of note included 1 Subalpine Warbler (male), 1 Wryneck, +5 Wood Warblers, 1 female Pied Flycatcher, 3 Lesser Whitethroats, 2 Common Whitethroats, 3 Sardinian Warblers. The poplar trees were also full of Willow Warblers, Blackcaps and Chiffchaffs. Up to 4 Nightingales were singing loudly and showing perfectly in the leaf-less bushes. On the lake itself just 2 Tufted Ducks of note.
Posted by Domen & Sara at 12:07