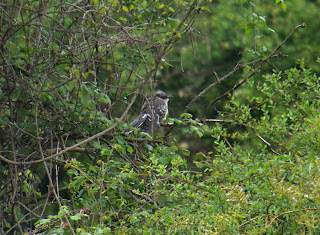 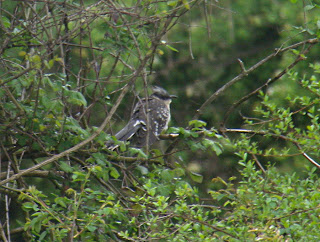 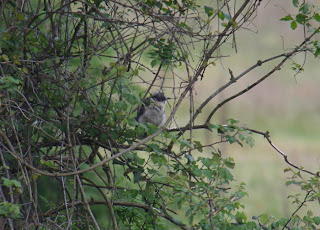 Yesterday a friend of mine brought me to see a GREAT SPOTTED CUCKOO on a secret site in Friuli Venezia Giulia (north-east Italy). The bird was immediately heard calling (fluting, vaguely Pygmy Owl-like calls) as we arrived on site. Later we saw it in flight and finally also perched on a low branch in a hedge, where it showed well for at least half an hour (pics above). When it took off again it made a brief flight and dropped down to the ground where it began to hunt insects in the tall grass in Magpie fashion. Stunning. Even if I already saw one back in 2007 (quite briefly) I was very happy to have the opportunity to see the species once again. Great Spotted Cuckoo is a very rare bird in north-east Italy and usually the odd individuals are seen in April or May. A few birds that occurred in Friuli Venezia Giulia in the past years also bred there. Also this bird seems to be quite settled and could be breeding in the area.
In the afternoon we wandered around the Friuli Venezia Giulia region quite a lot and amassed a good list of species. The more notable after the Great Spotted Cuckoo was a pair of STONE CURLEWS showing brilliantly in complete daylight (even calling at times). New birds for the season included Red-footed Falcon (3), Turtle Dove (+6), Western Bonelli's Warbler (2), Common Quail (2 singing) and Red-backed Shrike (1 male). 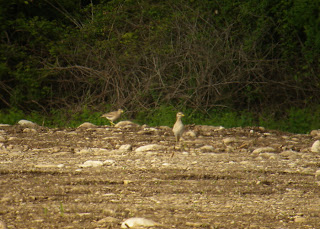 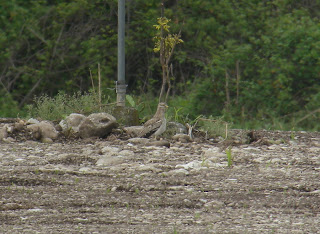