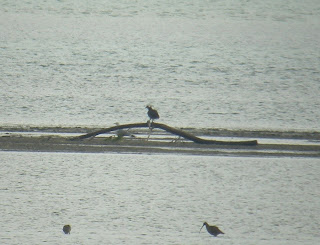 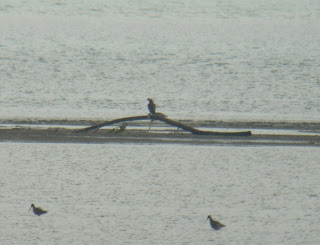 New spring arrivals are falling down from the sky these days - birds like Hoopoe, Short-toed Eagle, Sand Martin, Marsh Sandpiper are all being reported from around Friuli Venezia Giulia.
Although I didn't see all the above yet, today I was equally happy to find my year's first OSPREY. The bird was seen earlier in the morning around Lido di Staranzano, near Monfalcone, and at about midday I relocated it in the same area. It was perched on a dead tree-trunk in the middle of the mudflats, feeding on a large fish. I only managed two distant shots of the bird (above).
Also in the area were numerous Grey Plovers, 150 Dunlins, 8 Common Redshanks and some Curlews, all in a feeding frenzy at the low tide.
For the rest of the day I worked properly the Lisert area which revealed some nice springy stuff. Hirundines in the air included 10-15 Swallows and more or less the same number of House Martins with a flock of +20 Alpine Swifts also nearby. Garganeys numbered 13 birds scattered around the different areas of the wetland and 3 FERRUGINOUS DUCKS were also nice to see. The brackish lagoon held some interesting waders in the form of 5 Black-winged Stilts, 2 Little Ringed Plovers and a few Spotted Redshanks. At least 6 Marsh Harriers were constantly in the air looking for prey. Other raptors included 1 Goshwak (flying past with a full gut), 1 Kestrel and 1 Buzzard. No sign of the three Short-toed Eagles reported here this morning. A Yellow Wagtail flying over the saltings was also a welcome migrant, along with a load of White Wagtails and some Water Pipits.
A look at the sea revealed a SLAVONIAN GREBE (unfortunately still in winter plumage), lots of GC and BN Grebes (all sporting the nice breeding colours), a flock of 20 Tufted Ducks, 14 Common Eiders (sitting on the buoys) and several Red-breasted Mergansers.
Black-winged Stilts 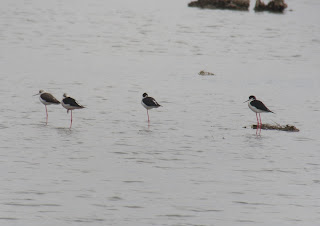 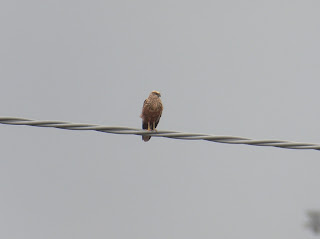 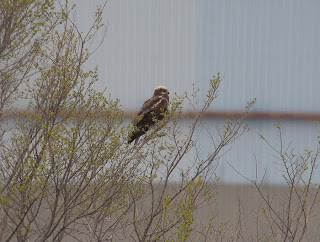 Industry all around the wetland...but still a great place 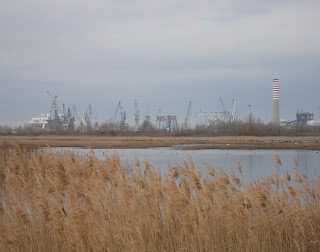 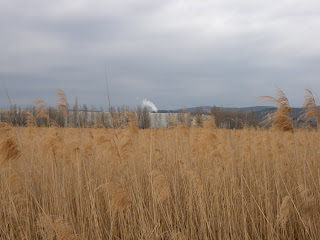 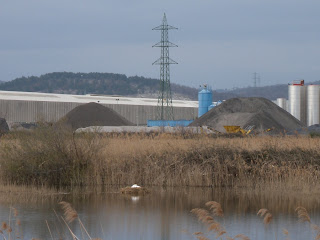 On the way back home, a stop at the Duino cliffs NR produced a singing Blue Rock Thrush (the first this year), 1 Peregrine, 1 Sardinian Warbler and a large flock of 200 Common Gulls roosting on the sea.
A blue dot in the rocks 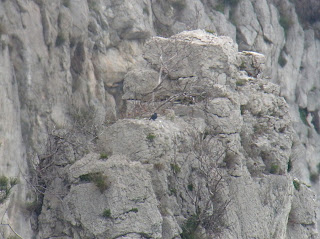 Local patch news: this morning I also added LESSER BLACK-BACKED GULL to my house list - a very dark bird (looking almost like ssp. fuscus) that I spotted from my bedroom's window. So now LBBG on my patch list gets a nice *. 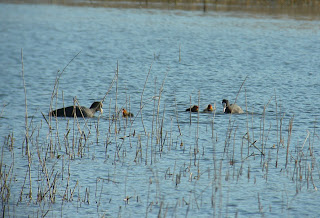