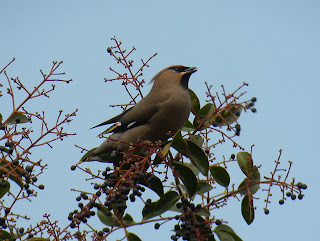 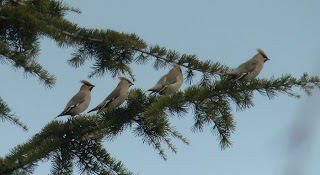 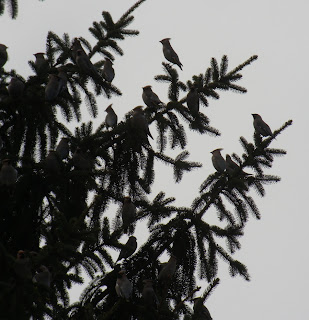 Jeeezus what a day! The city of Udine in norh-east Italy is infested by Waxwings! Something between 15 and 20 birds were seen in a garden yesterday, so I made sure I was in Udine early this morning (1 hour drive from home). When I arrived there I met a few fellow city birders and together we started the search. For almost the whole morning no Waxwings were to be seen, until 11.30 when we checked a last "good" location. As soon as we stepped out of the car, the unmistakable silvery trill greeted our ears and just above our heads we had something like 200 WAXWINGS on some high plane and nettle-trees. The birds were very vocal and mobile and kept flying all around, dropping into some nearby gardens at times. We enjoyed the first moments of the discovery almost in the middle of a busy road, looking up the high trees. Later the birds began to fly off and soon the trees were quiet. After a small walk (following the bird's calls) we were amazed to find at least 160 (conuted) Waxwings perched on a spruce in a private garden. Nearby was a privet tree (Ligustrum) which was the main attraction for the Waxwings that were regularly descending on it to feast on the berries.
After an additional half an hour of watching these fantastic northern creatures, we left the area, still with the ringing "siiiirrrrr" in our ears. Priceless!
Apart from the above pics, here are some additional ones I took: 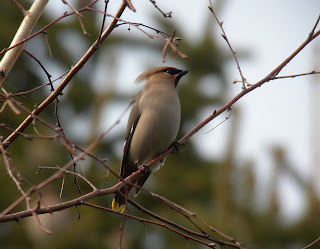 Part of the 160-birds flock on the spruce 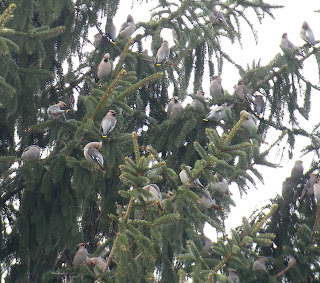 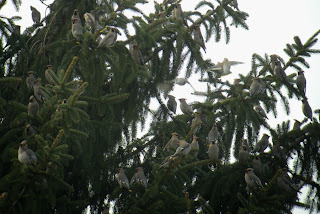 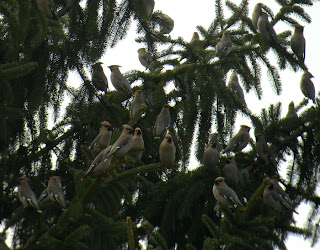 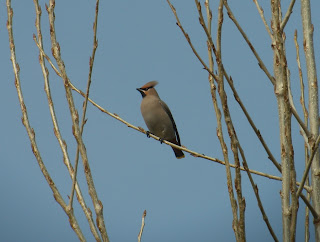 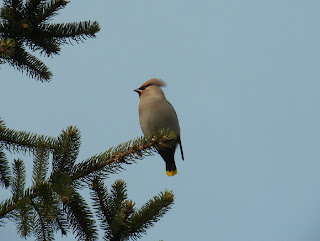 Feasting on the privet berries 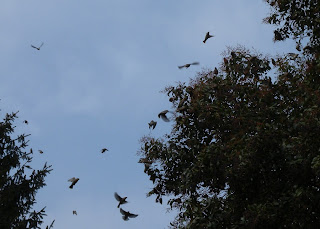 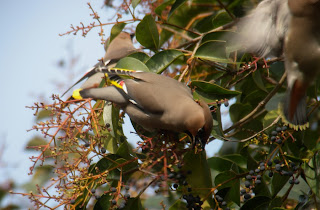 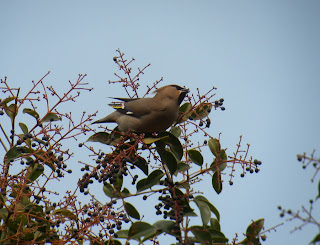 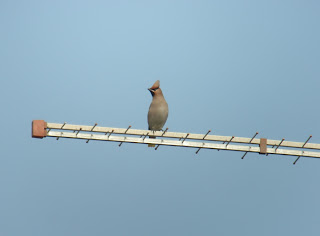 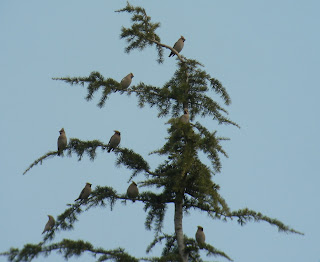 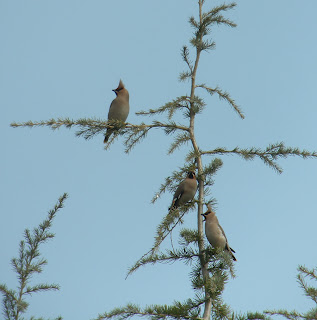 Feeding on the privet 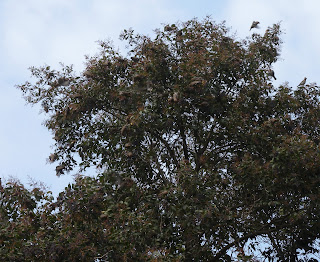 As I already mentioned, the town of Udine is a good place for the species, as it attracted Waxwings on several occasions - and in winter 2009 I had my first ones right here (see this post).

While checking the green areas in the urban and suburban habitat we also saw an awful lot of Hawfinches (which were almost the commonest birds), a few Fieldfares, +15 Redwings and some nice Siskins feeding on the birdfeeders.

On the way back home, I made a quick stop on the fields around Isola della Cona NR where the main White-fronted Goose flock was foraging (up to 1500 birds). After a while and with some difficulty I managed to find the adult LESSER WHITE-FRONTED GOOSE wintering in the area. A bird I still didn't see this winter.
What a better way to round up the day?
Posted by Domen & Sara at 10:52