RED-BREASTED GOOSE and other goodies 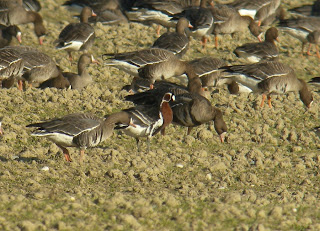 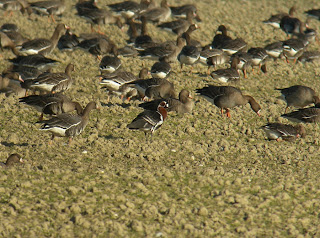 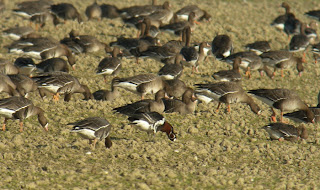 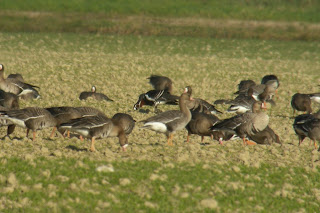 An excellent day spent in the field with sunny skies, cold northeasterly wind and freezy temperatures. Today I checked several sites around Monfalcone and Isola della Cona NR.
The highlight of the day was actually quite unexpected. On the fields of Terranova (out of Isola della Cona NR) a stunning RED-BREASTED GOOSE was just found earlier in the morning, so luckily enough I was nearby and went to have a look. I think I was the second person to see it, after the finder (which reported me the news). It was feeding in a flock of about 1500 White-fronted Geese on a field not far from the local road. The whole flock was easily watched from the road, without disturbing the birds and I enjoyed the Red-breasted Goose for nearly two hours (some pics above). I'm very happy with this find, because I was actually expecting one of the rare geese to turn up here one of these days. In fact, later in the day, an adult Lesser White-fronted Goose was also spotted in the same flock.
Before and after my visit to Terranova there were some other good birds to keep me entertained. Earlier in the morning I checked the harbour of Monfalcone (Marina Nova) which held 4 SLAVONIAN GREBES, 4 Red-throated Divers, 2 Common Gulls and the usual load of commoner grebes, Goldeneyes, Red-breasted Mergansers ect. In a small wooded area at least 5 Redwings were feeding on some ivy berries along with lots of Blackbirds.
Slavonian Grebe 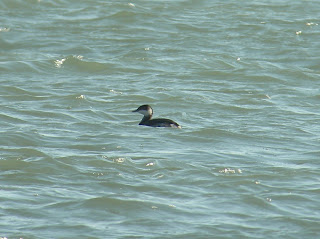 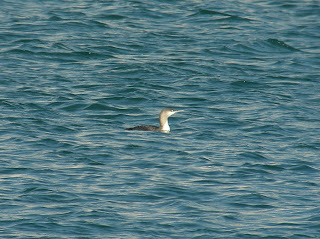 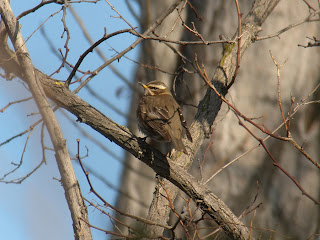