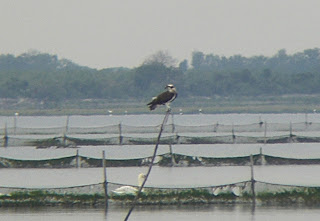 Finally an OSPREY after so long!
I saw one today flying over the Isonzo's estuary, where it's been seen regularly in the last few weeks. The bird was heading lazily upriver towards Isola della Cona. Later me and a couple of friends relocated it when it sat on a semi-submerged tree trunk in the middle of the mudflats. It remained there for about half an hour or more. As it was quite far, we decided that we could get some better views from the main hide at Isola della Cona, so we moved there. On arrival we watched it perched for some more minutes before it flew off again towards the river mouth. The pic above shows an Osprey that took residence for a few days in the same place at the estuary in spring 2008. That bird was approached by boat.
In the freshwater marsh at Isola della Cona and in the Caneo area at the estuary we also had: +100 Grey Plovers, +600 Curlews, Greenshank & Spotted Redshank, large flocks of Wigeon, about 800 Dunlins (mainly at the estuary), 6 Ringed Plovers, Sandwich Tern, 3 Marsh Harriers, 2 Sedge Warblers, 2 Water Rails, 2 AVOCETS (inland), 9 Pintails, 1 Garganey (+ other commoner ducks), +50 Lapwings, 3 Little Ringed Plovers, 5 Little Stints, 1 Ruff, 2 Med Gulls, 2 Wood Sandpipers, +50 Cattle Egrets (!), 1 Green Sandpiper. Also of note were the incredibly numerous Pygmy Cormorants - we counted a maximum number of 127 birds all at once! This is surely my life record number for the species.
Avocet 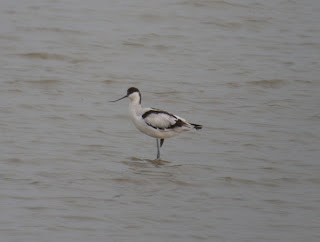 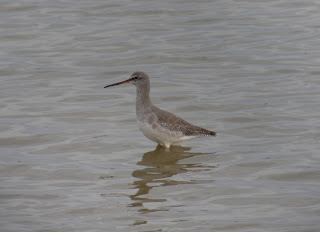 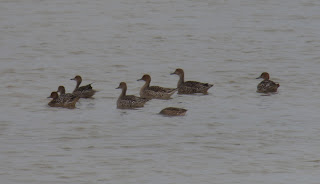 Earlier in the morning we also had a quick visit at Lisert and Banco Mula di Muggia (beach near Grado).
At Lisert we enjoyed about 6 juvenile HOBBIES hawking for dragonflies above the freshwater marsh. Also a Wryneck, 2 Curlews, some Swallows and a flock of Woodpigeons were of note.
Hobby 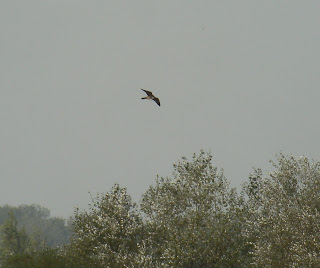 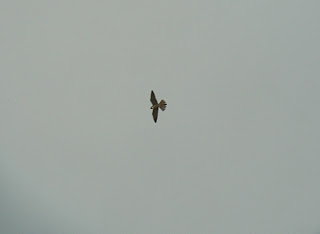 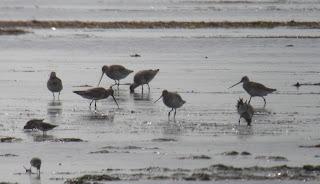