Life in the marsh 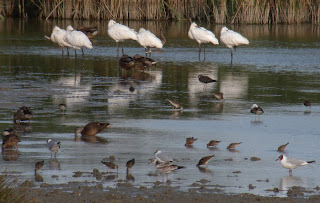 Local patch: in the morning I had a sort of seawatch with some friends, but failed miserably to see any shearwaters or similar. Instead we got a nice juvenile PEREGRINE that came in from the sea. Quite unexpected. Also usual Common and Sandwich Terns around and 3 juvenile Mediterranean Gulls.

In the afternoon I spent a few hours at Isola della Cona NR which to my delight was alive with waders. Top birds were 5 CURLEW SANDPIPERS in nice rufous plumage (moulting from summer to winter plumage) - see pics below: 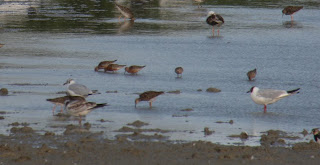 There were also about 10 Little Stints, but the most numerous were Wood Sandpipers of course (+100). Also smaller numbers of Common Sandpipers (5-7), Green Sandpipers (5), then 1 Black-tailed Godwit, single Lapwings, 1 Snipe, +100 Spotted Redshanks, +40 Little Ringed Plovers, 30 Ruffs, 20 Greenshanks, 5 Common Redshanks and some Whimbrels on the mudflats.
Little Stint: 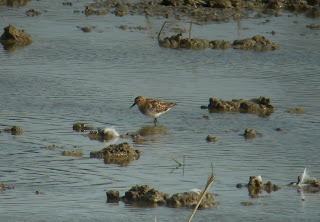 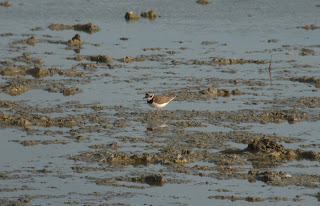 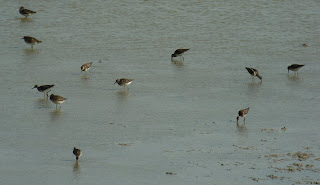 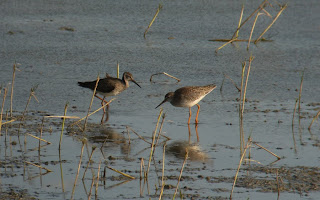 Another good bird was a GLOSSY IBIS feeding in the shallow water - can you find it below? 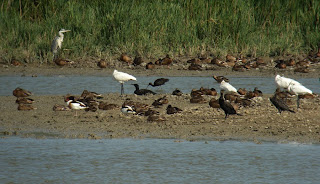 I was also quite surprised to find a big flock of gulls on the scrape - most were Black-headed Gulls (100) with about 80 Mediterranean Gulls mixed among them: 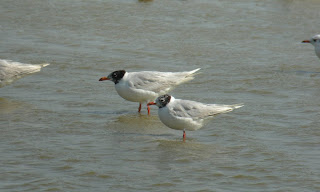 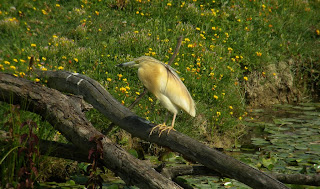